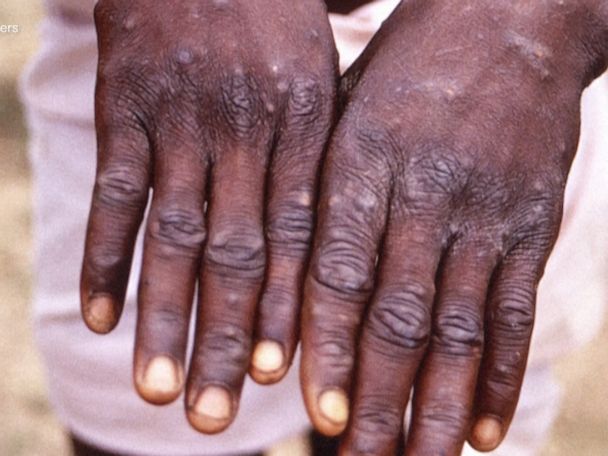 Ghana has recorded 5 confirmed cases of Monkeypox in three different regions of the country – Western, Eastern and Greater Accra.

This comes a few days after viral online claims that the country had recorded a case of MonkeyPox in Ahanta West, in the Western Region, forcing a debunk from the Ghana Health Service.

“We have tested 12 suspected cases in Ghana since 24th of May. Currently, we have confirmed 5 cases in three regions –Eastern, Western, and Greater Accra. No death has occurred among the cases,” the Director-General of the Ghana Health Service, Dr Patrick Kuma-Aboagye announced on June 8, 2022.

Monkeypox is caused by monkeypox virus, which is a viral zoonotic disease that can spread from animals to humans and from one person to the other through close contact with an infected person.

Human monkeypox was first identified in humans in 1970 in the Democratic Republic of the Congo in a 9-month-old boy in a region where smallpox had been eliminated in 1968.

The incubation period (interval from infection to onset of symptoms) of monkeypox is usually from 6 to 13 days but can range from 5 to 21 days.

The infection can be divided into two periods:

·      The invasion period (lasts between 0–5 days) characterized by fever, intense headache, lymphadenopathy (swelling of the lymph nodes), back pain, myalgia (muscle aches) and intense asthenia (lack of energy). Lymphadenopathy is a distinctive feature of monkeypox compared to other diseases that may initially appear similar (chickenpox, measles, smallpox)

·      The skin eruption usually begins within 1–3 days of appearance of fever. The rash tends to be more concentrated on the face and extremities rather than on the trunk. It affects the face (in 95% of cases), and palms of the hands and soles of the feet (in 75% of cases). Also affected are oral mucous membranes (in 70% of cases), genitalia (30%), and conjunctivae (20%), as well as the cornea. The rash evolves sequentially from macules (lesions with a flat base) to papules (slightly raised firm lesions), vesicles (lesions filled with clear fluid), pustules (lesions filled with yellowish fluid), and crusts which dry up and fall off. The number of lesions varies from a few to several thousand. In severe cases, lesions can coalesce until large sections of skin slough off.

Protect yourself against Monkeypox

According to the World Health Organisation, one can reduce the risk by limiting contact with people who have suspected or confirmed monkeypox.

Regularly clean your hands with soap and water or an alcohol-based hand rub, especially after contact with the person who is infected.

PrevPreviousFACT-CHECK: Viral videos alleging thriving trade in human toes in Zimbabwe
NextFACT-CHECK: Ghana has NOT recorded a case of EbolaNext