FALSE: Ghana’s National Service Secretariat withholds payments to personnel until COVID-19 is over

Has Ghana’s National Service Secretariat withheld payments of allowances to personnel until COVID-19 is over? That is the claim on the website HardTruthGh. 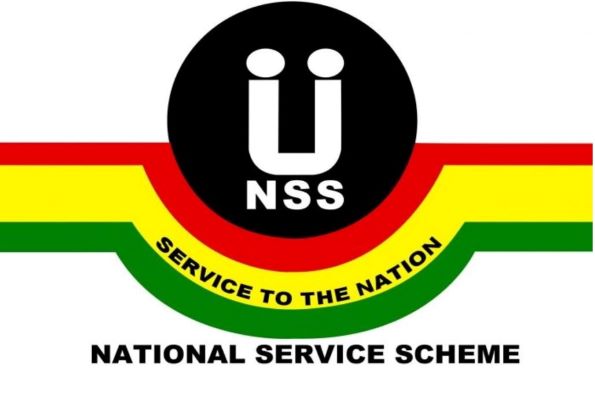 Claim: NSS to withhold payments to personnel until COVID-19 is over

Has Ghana’s National Service Secretariat withheld payments of allowances to personnel until COVID-19 is over? That is the claim on the website HardTruthGh.

Established in 1973, the National Service Scheme (NSS) is a government of Ghana programme that deploys graduates from tertiary institutions to support developmental efforts of both the public and private sectors.

The mandate of the scheme is also to provide newly qualified graduates with the opportunity to have practical on the job exposure.

After Ghana recorded confirmed cases of coronavirus on March 12, the government has rolled out broad measures to help contain its spread including a partial lockdown of parts of the country [ Accra, Tema, Kasoa and Kumasi] before it was recently lifted.

The situation has occasioned some disruption to business operations and a major review of business plans of private and public institutions.

Suspension of payments is with immediate effect

The claim about the NSS was published by Dr Queen Latifa, saying the NSS has “with immediate effect withheld the allowances of all current National Service personnel under their scheme until the coronavirus is over for them to return to their various duty posts.”

“This is an already planned thing that is now manifesting. And that, other personnel taking allowance and not salary will follow suit. So, NABCO, YEA, Afforestation, and the others should watch out,” the news article further said.

On March 20, the Management of the National Service Scheme (NSS) released postings of 9,063 nurses for the 2020/2021 service year to various health facilities in all the sixteen (16) regions across the country to undertake their mandatory one-year national service.

“The publication is false. Management has taken no such decision to withhold the allowances of the Service Personnel,” Corporate Affairs Director for the National Service Scheme (NSS), Armstrong Esaah stated in an interview with GhanaFact.

On April 23, the same day the undated news article appeared online, the National Service Secretariat also responded on its Facebook page describing it as “Fake.”
All National Service Personnel are currently on “mandatory paid leave” effective March 26 till the end of April, a March 27 statement issued by the secretariat directed.

The statement signed by the Executive Director of the Scheme; Mustapha Ussif described the arrangement as one that replaces the annual terminal leave granted all national service personnel by law. 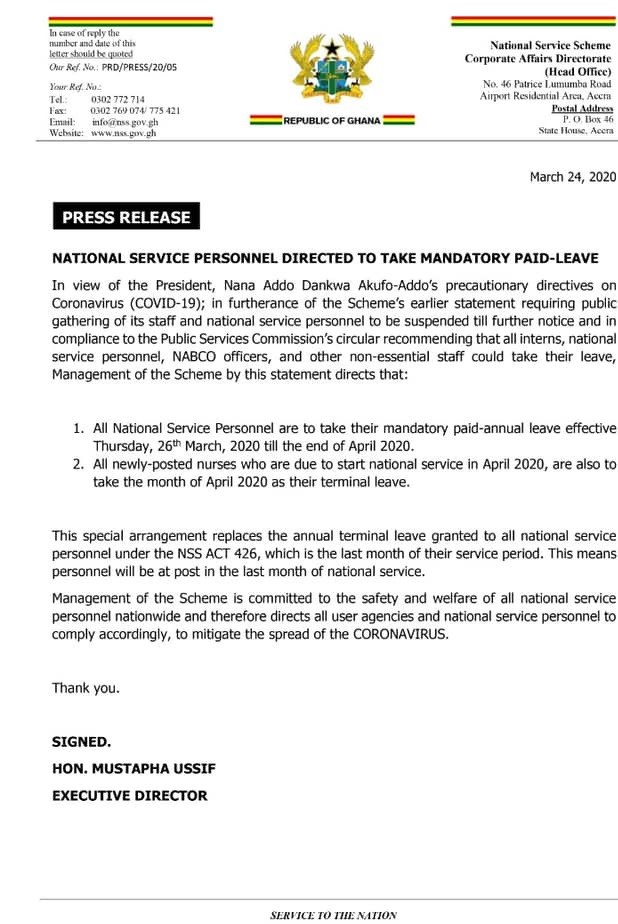 The HardTruthGH website says it is a satire/ parody portal and all articles they publish are fictitious.

Meanwhile, it should be noted that the claims made in the article under review has none of the requirements of real satire and therefore we rate it as False.