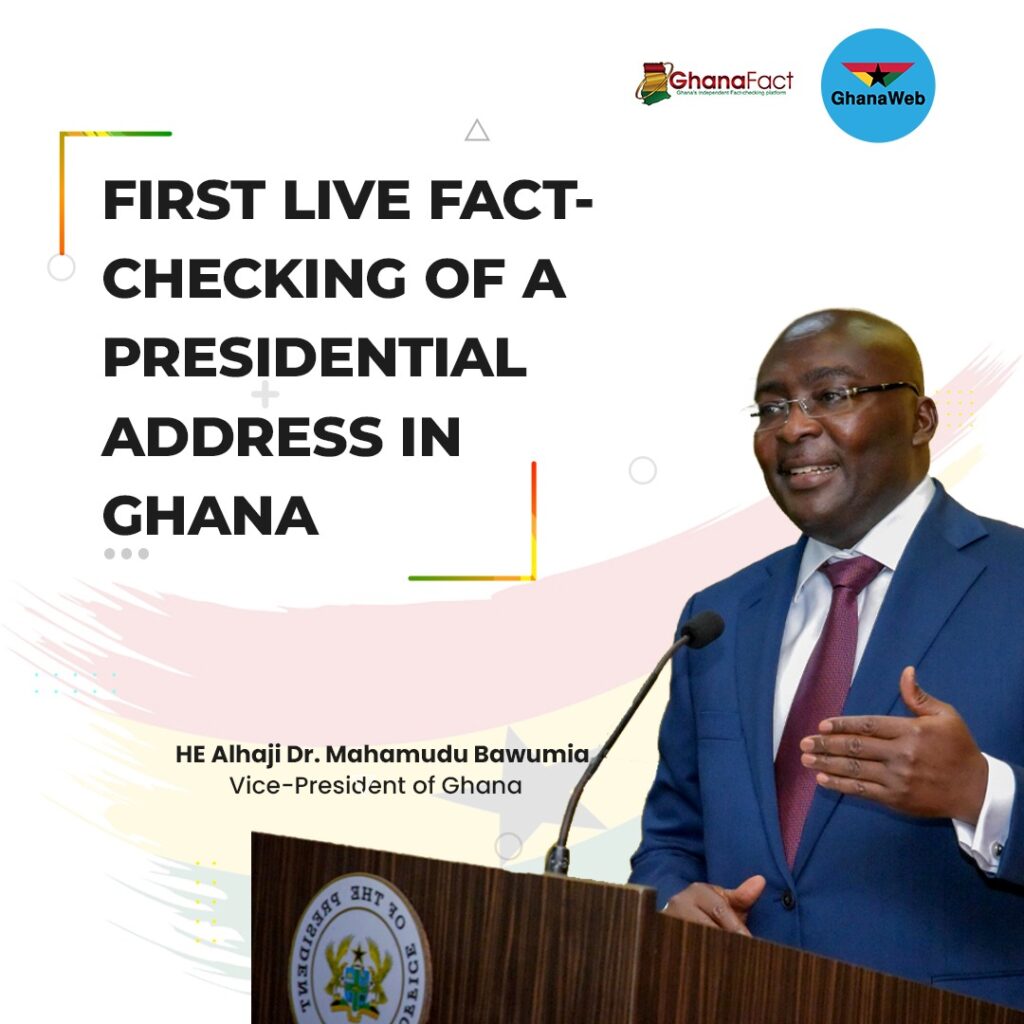 To improve debate, dialogue and hold politicians accountable, GhanaFact, an IFCN verified fact-checking project and Ghana’s leading news portal – GhanaWeb, are collaborating to fact-check claims being made by Vice President Mahamudu Bawumia during his address on the economy.

The West African nation has seen a surge in the prices of petroleum products at the pumps amidst increases in the cost of consumables and non-consumables on the market – while the local currency, Ghana Cedi has come under enormous pressure from the dollar and other foreign currencies – depreciating in value considerably in the last couple of months.

Vice President Mahamudu Bawumia who is the head of the government’s Economic Management Team is addressing Ghanaians to share perspectives on how the economy has been managed so far.

BAWUMIA: “The increase in commodity prices has been exacerbated by the Russia- Ukraine conflict. Russia and Ukraine together account for 30% of global wheat exports…”

CHECKED: MISLEADING (Inflation basket was different in these two periods and so are not comparable. In 2020, average Inflation was also 9.88%)

BAWUMIA: “Since the pandemic, inflation has increased to an average of 10% in 2021.”

BAWUMIA: “Provided free water for households for a year during COVID…”

CHECKED: MISLEADING ( Gov’t absorbed the water bills for all Ghanaians. But later imposed a 1% Covid-19 health levy to recover the money spent.)

BAWUMIA: “The economy was on the verge of collapse and a legacy of take or pay contracts saddled our economy with annual excess capacity charges of close to $1 billion…”

Editor’s Note: (The rating for claim 4 has been updated from partly true to misleading.)