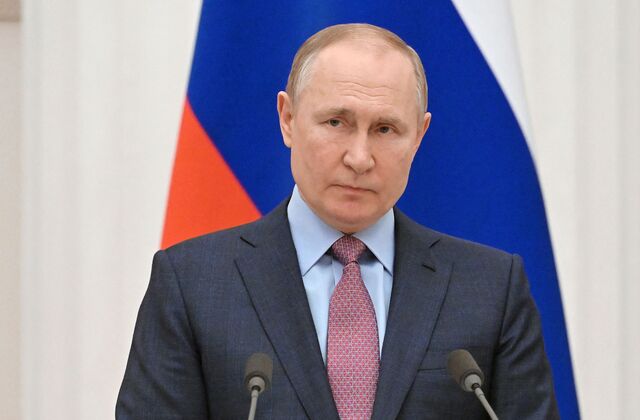 A viral screenshot of an article claims the Russian President has said: “ End Starvation in your country before lecturing us on international dispute,” apparently in direct response to Kenya.

The screenshot has since been widely circulated on Twitter in Ghana (here), Nigeria (here) and Kenya (here).

This fact-check report will seek to verify:

What did Dr Martin Kimani say?

Kenyan U.N. Ambassador, Dr Martin Kimani in a speech at the United Nations Security Council(UNSC) warned the Russian leader that his failure to pursue diplomacy in the conflict with Ukraine was unjustifiable and a sure recipe for disaster.

During an emergency meeting of the UNSC to debate Russia’s move to recognize the independence of two breakaway regions in Ukraine and to deploy “peacekeepers” there, the Kenyan envoy’s remarks (here) have been widely praised.

“We meet tonight on the brink of a major conflict in Ukraine. The diplomacy we urged 17th of February is failing. The territorial integrity and sovereignty of Ukraine stand breached. The charter of the United Nations continues to wilt under the relentless assault of the powerful. In one moment, it is invoked with reference by the very same countries who turn their backs on it in pursuit of objectives diametrically opposed to international peace and security,” he partly said.

A google search of the exact phrase on the viral screenshot led GhanaFact to an article titled “Vladimir Putin to Kenya: End starvation in your country before lecturing us on international disputes” published on an online publishing platform, thisisbett.medium.com and authored by Enoch Bett.

The name, Enoch Bett is also conspicuously displayed on the viral screenshot.

According to the article, President Putin in an exclusive interview said: “I was not going to respond to that third-world country, but I have only this to say. Kenya should concentrate on ending starvation that continues to bedevil it instead of trying to talk about things they do not understand. Kenya doesn’t know anything about international disputes, focus on the things that matter to you.”

GhanaFact after conducting a google search of key parts of the article and quotes attributed to President Putin found no other credible news platform had reported the story.

So, we reached out to the Kenyan journalist Enoch Bett to assist us with the source of the claims made in the article and in his response said it was “a made-up article.”

In a statement subsequently posted on Enoch Bett’s Twitter timeline, he said: “I would like to apologize to all users for the high-impact fake news that I have created on Putin responding to Kenya. I want to confirm that is a made-up article that I wrote on my Medium, and that Putin has not said a thing regarding Amb. Martin Kimani’s UN speech.”

The claim that Putin has responded to Kenyan U.N. Ambassador, Dr Martin Kimani is FAKE.