FAKE: Vladimir Putin has NOT threatened military action against Ghana and Kenya 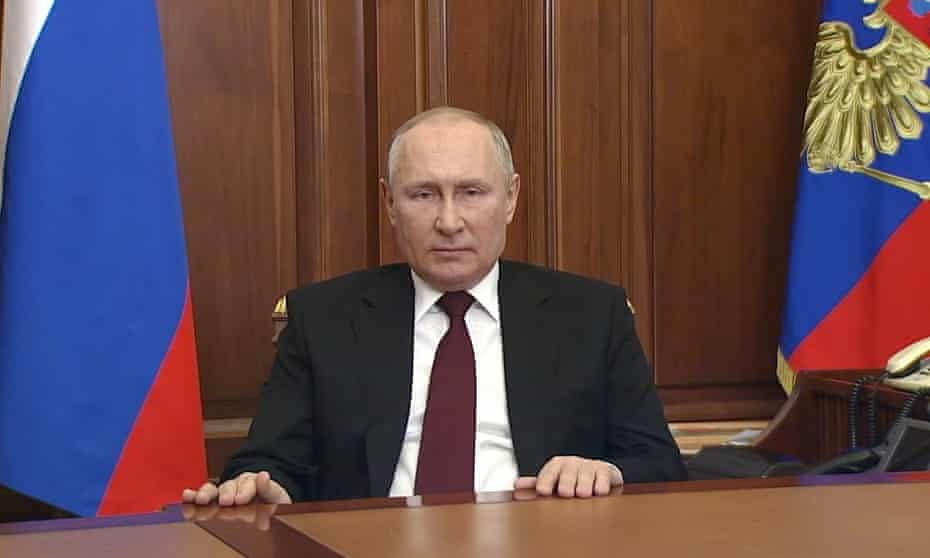 Two short video clips in which Vladimir Putin can be seen delivering a televised speech in Russian with subtitles in English and allegedly threatening military action against Ghana and Kenya are causing some uneasiness on social media.

However, the claims being made in the videos are FAKE.

“I have no issues with Akuffo Addo, but if he jokes, I will send troops and ammunition to be placed on their [border] with Togo.”

“How can Kenya invade into our missions? Kenya has put itself in a war that it can’t even shoot a single bullet. Bombing Kenya will only take few minutes for my military men. As from now we’ll start sending our missiles to Nairobi so we can [destroy] Kenya.”

The two videos have been watermarked with the logo “X LuckyBuoy” and shared on TikTok by users @luckybuoy­_tyrantt and @abenah51, and on Twitter and WhatsApp.

Ghana and Kenya joined 9 other members of United Nations Security Council to vote in affirmation of a resolution to condemn Russia’s military invasion of Ukraine.

Meanwhile, Russia vetoed the UN Security Council resolution denouncing its invasion of Ukraine while China, India, and the United Arab Emirates abstained from the vote.

Kenyan U.N. Ambassador, Dr Martin Kimani in a speech at the United Nations Security Council (UNSC) warned the Russian leader that his failure to pursue diplomacy in the conflict with Ukraine was unjustifiable.

“Totally faked subtitles, he didn’t [say] anything about Ghana or Africa,” Russian Editor of factcheck.kz, Pavel Bannikov told GhanaFact when we reached out for a correct translation of Vladimir Putin’s speech.

“No matter who tries to stand in our way or all the more so create threats for our country and our people, they must know that Russia will respond immediately, and the consequences will be such as you have never seen in your entire history,” is the correct translation for one of the videos that is being misrepresented by the made-up subtitles ( Correct translation by the New York Times here ).

The two videos are excerpts of the televised speech by Russian President Vladimir Putin on February 24, 2022, where he addressed his nation and announced a “special military operation” against Ukraine (full speech).

The Russian President warned that any country that interferes in the conflict with Ukraine would suffer dire consequences. But he did not mention either Ghana or Kenya in his speech.

The claim that Vladimir Putin has threatened military action against Ghana and Kenya are FAKE.