Bird Flu in Ghana: Virus spreads to 12 regions of the country 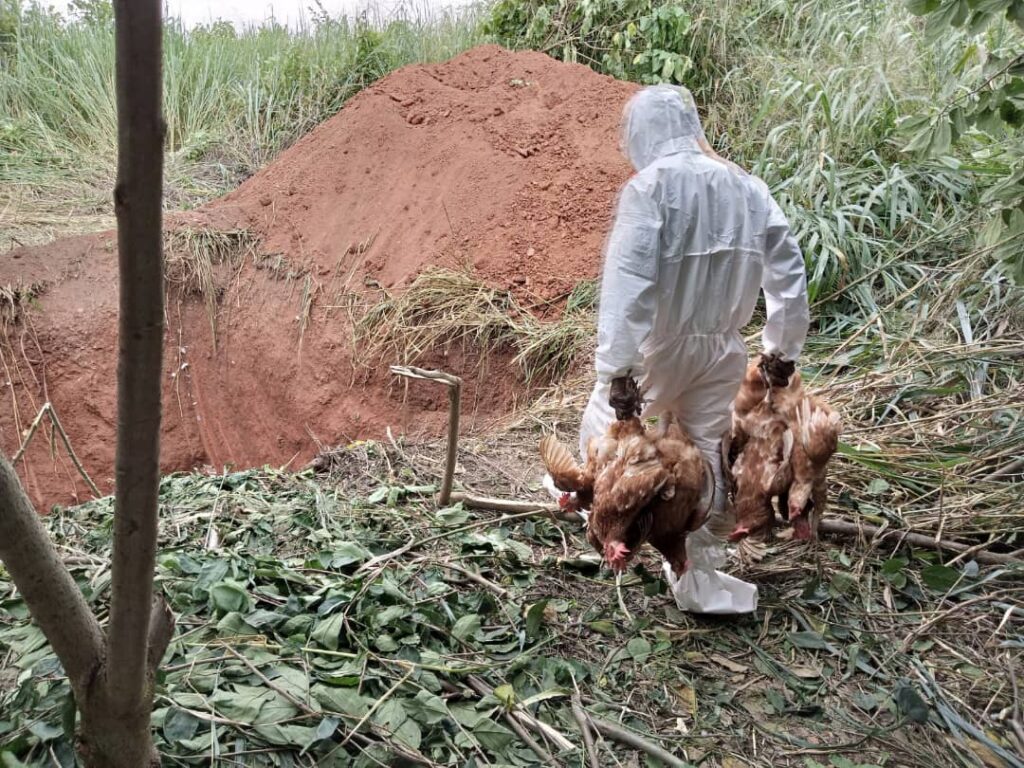 Twelve regions of Ghana have now recorded cases of the Highly Pathogenic Avian Influenza disease also known as Bird flu more than 7 months after the outbreak was reported in only 3 regions.

According to the Veterinary Services Directorate, as of February 23, 2022, close to 800,000 birds have been affected in the 12 regions which include: Greater Accra, Central, Volta, Ashanti, Western North, Western, Upper West, Eastern, Upper East, Bono, Bono East and North East.

“Currently, cases are low compared to last year,” a Risk Communicator at the Veterinary Services Directorate, Dr Benjamin Sasu, said when asked about how effectively the country was managing the outbreak.

Ghana announced the current outbreak of the virus on July 16, 2021, in a statement signed by the Director of Veterinary Services Directorate, Dr Patrick Abakeh.

So far, Greater Accra and Ashanti regions have been impacted most, with more than 100 farms affected in the capital, while Ashanti recorded the highest number of birds affected. The four regions that have not recorded any cases of the virus include Savannah, Oti, Northern and Ahafo regions.

Below is the breakdown of cases according to regions.

What is Bird Flu?

Bird flu is a viral infection that can infect not only birds but also humans and other animals.

Human infections are primarily acquired through direct contact with infected animals or contaminated environments, but these viruses have not acquired the ability of sustained transmission among humans.

The WHO explains that avian, swine and other zoonotic influenza virus infections in humans may cause diseases ranging from;

However, according to the Veterinary Services Directorate, there has been “no human infection as of now.”

Ghana first detected cases of Bird Flu in 2007 when the H5N1 virus was confirmed on a small-scale poultry farm near the port city of Tema.

PrevPreviousFACT-CHECK: 2020 NDC manifesto did NOT propose taxing electronic transactions
NextFACT-CHECK: President Akufo-Addo has NOT threatened to fine Russia if Ghanaians in Ukraine are harmed during the military attacks on the countryNext