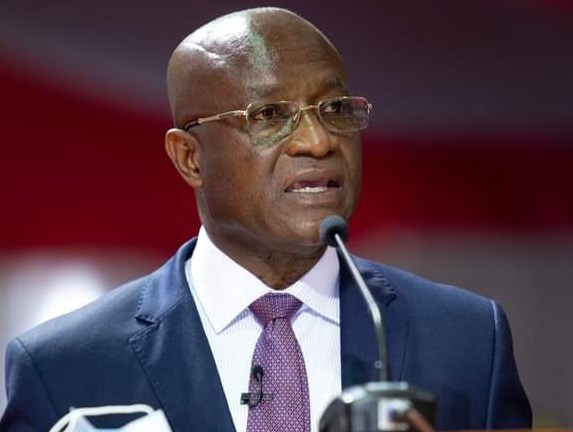 That is the claim being made by the majority leader in parliament Osei Kyei Mensah Bonsu during a radio interview on Hello FM as the debate on the government’s attempt to introduce an electronic transaction levy intensifies.

“In the NDC’s own manifesto, it said they would tax electronic transactions when they come to power. And so, if that same person comes to tell you that what you are doing will bring hardship but, they said it will generate revenue for the country, then why did they put it in their manifesto?” the Member of Parliament for the Suame Constituency, Osei Kyei Mensah Bonsu said.

The Minister of Finance, Ken Ofori-Atta has also made a similar claim. At the government’s fifth town hall meeting to engage with a cross-section of Ghanaians and explain the reasoning behind the introduction of the E-Levy, he said [between 1 hour 12 minutes and 1 hour 13 minutes]:

“In a world in which e-commerce is going to be the order of the day, what is the reason for any of these MPs to say no whatever argument you have, we won’t do it. And then I go and look at their manifesto on page 99, and they have something called uniform fees which will look at taxing all electronic transfers. In their own manifesto.”

Another leading member of the party in government, the New Patriotic Party(NPP), Gabby Asare Otchere- Darko, in a tweet has also pointed to some similarity between the E-levy and a policy proposal in the NDC’s 2020 manifesto.

In JM, the NPP government has the perfect PRO for all efforts towards revenue mobilisation, including e-levy (See P.99 of his NDC manifesto 2020 on a promise to impose uniform fees on all e-transactions). NPP should just be modest enough to use NDC’s JM more. My humble advice. pic.twitter.com/SQnBBBNhTI

This fact-check report will seek to verify;

Government in the 2022 Budget Statement and Economic Policy said it had decided to place a levy on all electronic transactions to widen the tax net and rope in the informal sector.

The “Electronic Transaction Levy” or “E-Levy” has since divided opinion among Ghanaians and faced stiff opposition among minority Members of Parliament.

Meanwhile, a bill that is supposed to be passed by parliament before the implementation of the E-Levy has stalled due to the minority in parliament’s opposition to the tax and the government’s efforts to pursue broader engagement with citizens.

According to the government, the 1.5% e-levy will be charged on the value of digital transactions and only exempt daily transactions of a cumulative value of Gh¢100.00 or less, per person.

This comes after the Deputy Majority leader, Alexander Afenyo Markins announced the government’s decision to reduce the e-levy from 1.75% to 1.5%.

“Government has shifted from 1.75% to 1.5%,” the Deputy Majority leader and Member of Parliament for the Effutu Constituency, Alexander Afenyo Markins said.

No part of the 2020 NDC manifesto states any plan by the opposition party to tax electronic transactions, GhanaFact checks have shown.

However, page 99 of the manifesto under the Financial Inclusion and Electronic Payments (FINTECH) section, highlighted plans to: “Introduce a uniform transaction fee policy to guide the electronic payments industry.”

With over twenty-eight (28) years working experience in Taxation, Financial Management Reviews and Investigations, Dr. Abdallah Ali-Nakyea when contacted by GhanaFact to provide some clarity to the issues said “transaction levy is a tax but uniform payment fee is not a tax.”

A transaction fee is what the telcos charge for their services of effecting the transfer of money for the subscribers.

Telecom company, MTN used to charge a transaction fee of 1% but have since reduced it to 0.75% on its mobile money(momo) service, while Vodafone has a 0%  charge for its electronic payment service (vodacash).

“By a uniform transaction fee,[it] is meant ensuring all Telcos charge the same fee to be agreed…The electronic levy(e-levy) on the other hand is a tax imposed on the value of the transaction (amount transferred). This is charged by government and not the Telcos,” Dr. Abdallah Ali-Nakyea said.

GhanaFact also contacted a senior communications, public policy and research executive and former head of corporate communication at the Ghana Chamber of Telecommunications, Barnabas Nii Laryea and he said “fee Policy is to guide industry. Tax Policy to collect revenue,” in response to the difference between the e-levy and the uniform transaction fee policy.

According to him, a fee policy is to harmonize fees on transactions across platforms to bring a sense of homogeneity in the industry.

PrevPreviousFACT-CHECK: COVID-19 vaccines do NOT cause stillbirths
NextBird Flu in Ghana: Virus spreads to 12 regions of the countryNext