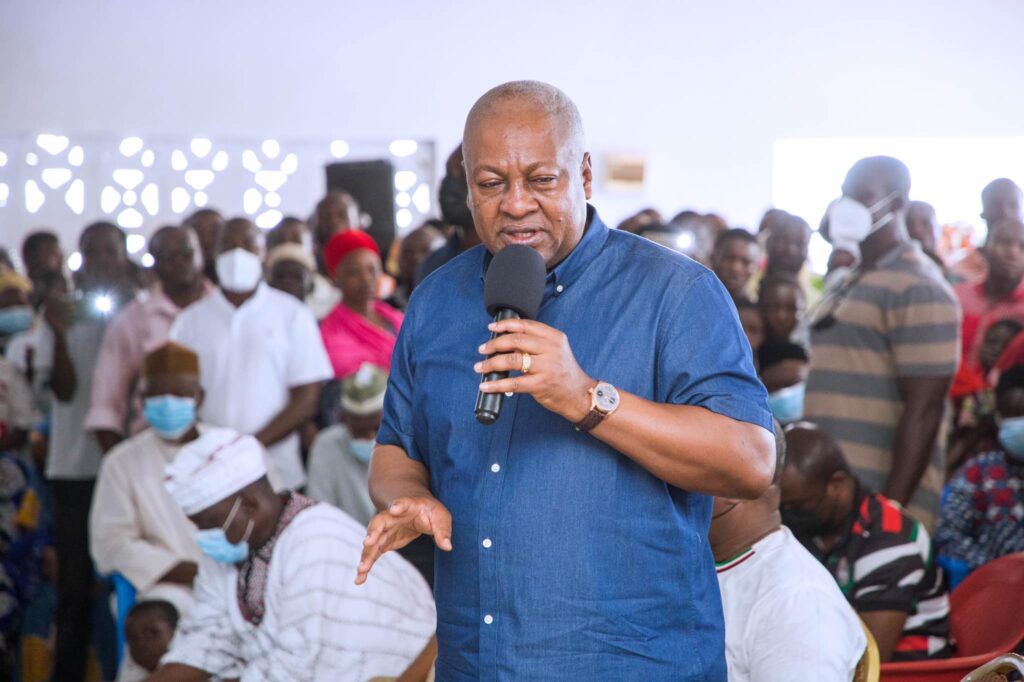 As part of a “Thank You Tour” to show appreciation to Ghanaians who voted for the National Democratic Congress (NDC) in the 2020 general elections, Former President John Mahama is highlighting major developmental challenges that need immediate government attention during his visits around the country.

In the Upper East Region, the 2020 presidential candidate of the NDC, engaged with the Regional House of Chiefs on August 17 and was particularly worried about high youth unemployment rate.

According to the former Ghanaian leader, the youth are getting disappointed in “our democratic governance and don’t see any future for themselves.”

He further stated that: “About 12 million graduates coming out of universities and tertiaries all across the Africa continent and yet we are producing 6 to 7 million jobs a year and so what happens to the other 5 million graduates who cannot find employment.”

This fact-check will seek to verify:

According to the African Development Bank (AfDB), between 10 to 12 million youth enter the workforce each year.

This has been highlighted in the AfDB’s Jobs for Youth in Africa report- Strategy for Creating 25 million Jobs and Equipping 50 million Youth 2016-2025.

“Africa must industrialize to end poverty and to generate employment for the 12 million young people who join its labour force every year,” the AfDB stressed in the 2018 Africa Economic Outlook report.

However, only 3 million formal jobs in both the public and private sectors are created annually across the continent, according to the AfDB and other multilateral development finance institutions.

The referenced 3 million jobs projected per year is based on data for Sub-Saharan Africa from International Monetary Fund – 2013 Working Paper on Africa’s Employment Prospects.

The young people in Africa are confronted with multiple challenges ranging from economies that grew but could not create sufficient jobs prior to the global financial and economic crisis to sluggish growth post the crisis in part arising from adverse weather conditions and poor commodity prices.

According to the International Labour Organisation(ILO), Africa is the only region where the youth bulge will continue to grow in the foreseeable future.

This presents both an opportunity to reap the demographic dividend and an imminent time bomb and threat to social cohesion as well as massive migration in search of opportunities if appropriate policies are not implemented to harness the dividend.

Several attempts to reach the spokesperson of the Former President Joyce Bawa Mogtari to respond to our findings proved futile. We would update this report when we get a response.

So, the claim that about 12 million Africans are joining the workforce annually is accurate. However, it is inaccurate for the Former President to say 6 to 7 million jobs are being produced on the continent each year. The claim is rated PARTLY TRUE