FACT-CHECK: Viral video showing cattle being washed away by floods is not from Upper East region

A video showing a herd of cattle being washed away by floods in Mexico has been misleadingly shared with the claim that it happened somewhere in Ghana’s Upper East Region. 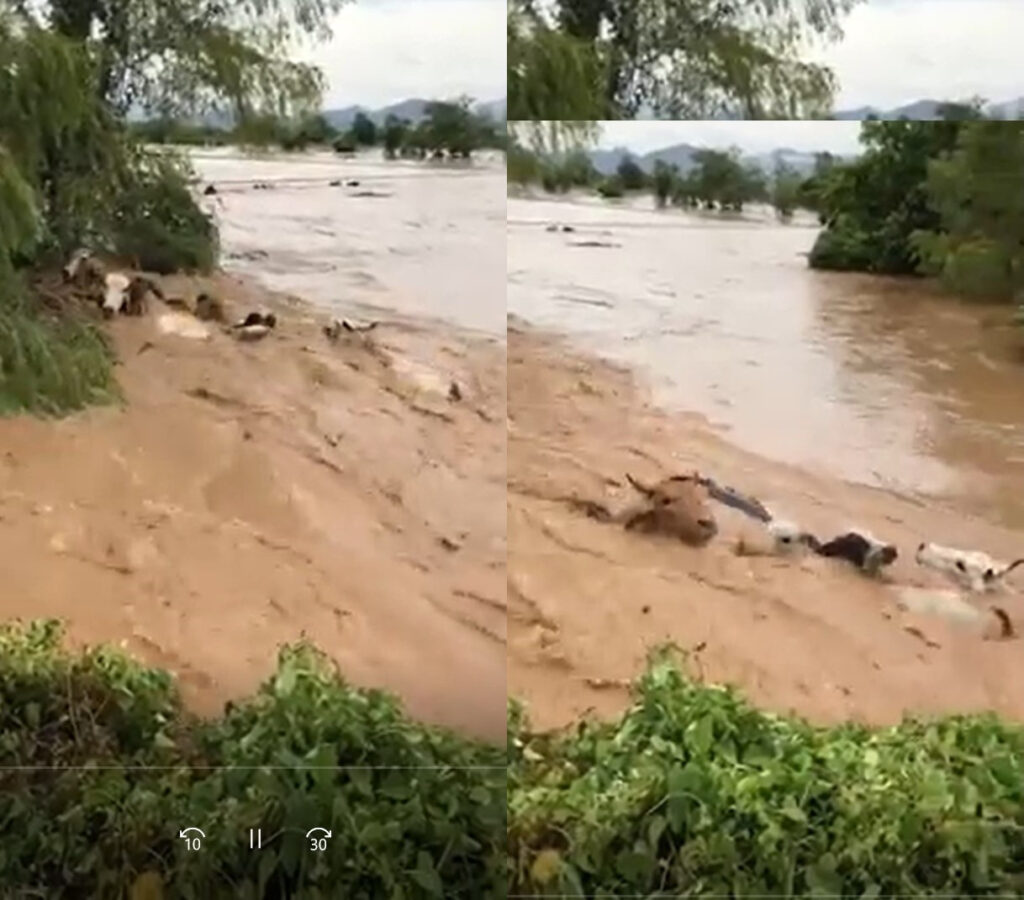 Claim: Video shows cattle being swept away by floodwaters in Upper East region

A viral video showing a herd of cattle being washed away in floodwaters has been widely shared on social media and portrayed as an incident that happened in some parts of Ghana’s Upper East region following torrential rains and the spillage of excess water from the Bagre Dam in Burkina Faso.

The video has been shared on Facebook, Twitter and WhatsApp, published by blogging websites[ here]  and also been mainstreamed by traditional media [ here ] reinforcing the misleading characterization.

” I just saw it on different platforms after I first saw it in one of the groups [on WhatsApp] I belong to and they cited a place between Bolga and Bawku as where the thing took place,” Managing Editor of A1 Radio in the Upper East region said in an interview with GhanaFact.

Days of torrential rains in Ghana’s Upper East and North East regions and the subsequent spillage of excess water from the Bagre Dam in Burkina Faso have caused flooding across large swaths of areas in that part of the country, destroying homes, farms and displacing residents.

The regional coordinator of the National Disaster Management Organization (NADMO) in the Upper East region, Jerry Asamani has confirmed that four persons have so far died due to the torrential rains.

The viral video that shows the hapless cattle being washed away by the floodwaters did not happen in any part of the Upper East region of Ghana, but rather happened in Mexico after the country was hit by tropical storm Hanna on July 26, 2020.

Using InVID video verification and Reverse Image search, GhanaFact was able to trace the original longer version of the viral video which was published by a digital platform belonging to one of Mexico City’s leading daily newspapers- “La Jornada” on July 27, 2020.

According to the publication, the flooding as seen in the viral video happened in Nayarit in Mexico following tropical storm Hanna.

The same video has since been flagged by fact-checkers in India [ here, here] and Kenya [ here] after going viral and being mischaracterised in these countries.

The claim that the viral video that shows cattle being swept away by floodwaters happened in the Upper East region is false.