Did Ghana rank last but one in the 2019 World Bank Human Capital Index (HCI) report? That is the claim made by a former Deputy Education Minister Samuel Okudzeto Ablakwa on TV3’s-The Key Points programme. GhanaFact checks found the claim is false. 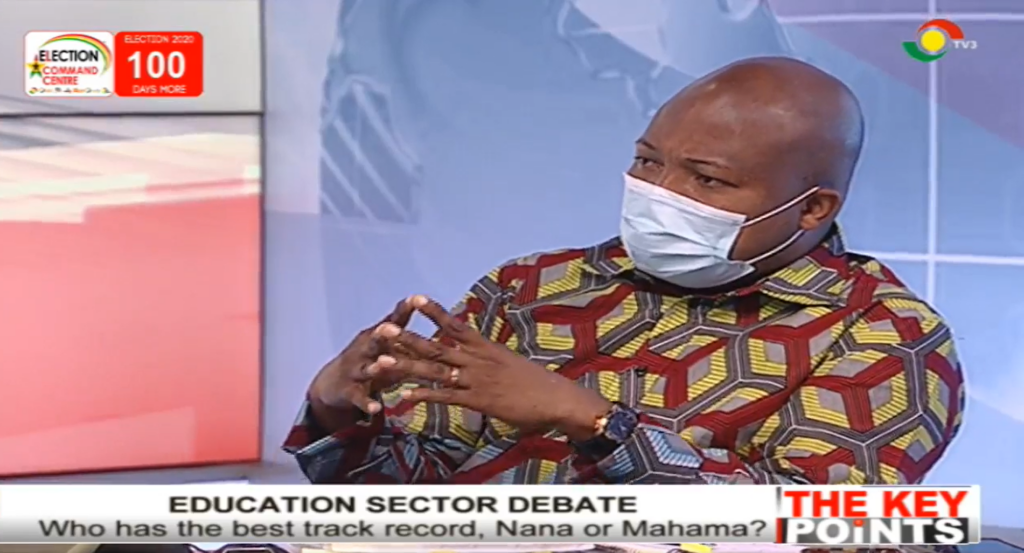 Claim: Ghana ranked last but one in the 2019 World Bank Human Capital Index

Three months to Ghana’s presidential and parliamentary elections,  the country’s two leading political parties are wooing voters and making a case as to who performs better in improving the livelihood of citizens and enhancing socio-economic development when in government.

The debate between the governing New Patriotic Party (NPP) and the largest opposition party, the National Democratic Congress (NDC) has increasingly centred on the economy, education and infrastructure.

Ghana’s Deputy Education Minister Dr Yaw Osei Adutwum and his predecessor Samuel Okudzeto Ablakwa were both invited to argue out the achievements of their respective governments in the educational sector on one of Ghana’s leading television networks- TV3 on August 29.

A claim made on the programme that Ghana was ranked last but one in the world in the 2019 World Bank Human Capital Index (HCI) report generated discussions on social media, with users making attempts to verify the statement.

This fact-check report will examine how accurate the claim is.

Mr Okudzeto Ablakwa between 1 hour 36 minutes  and 1 hour 38 minutes of the discussion said:

“I am very worried when you look at the latest Human Capital Index report by the World Bank and Ghana is last but one in the world. Only Niger saved us by some two points. We probably owe a debt of gratitude to Niger, we would have been last. You look at our combined score of 44 (2019), that’s way lower than Singapore which had the highest score of 88…when you read that report which I’ve taken my time to do it draws attention to the fact that we are the focus in this country too much on enrollment”

The World Bank’s HCI measures the amount of human capital that a child born today can expect to attain by age 18. It conveys the productivity of the next generation of workers compared to a benchmark of complete education and full health across 157 countries.

The HCI is made up of five indicators: the probability of survival to age five, a child’s expected years of schooling, harmonized test scores as a measure of the quality of learning, adult survival rate (fraction of 15-year olds that will survive to age 60), and the proportion of children who are not stunted.

The maiden edition of the World Bank’s HCI report was published in October 2018 and subsequently captured in the 2019 World Development Report (WDR).

Mr Ablakwa claimed Ghana was “last but one” in the HCI report which sought to suggest that the country ranked 156 out of the 157 countries. But this is false because Ghana ranked 116, leaving behind 41 countries including South Africa (126) and Nigeria (152).

Further, Ghana scored 0.44, and not 44 as indicated in the claim. The HCI score ranges between 0 and 1, and therefore Ghana could not have attained 44.

He further alleged that Ghana was two points behind Niger that ranked last. Niger scored 0.32 to rank 155 out of 157. Niger never emerged last on the HCI chart. It was Chad that emerged last in the HCI ranking. 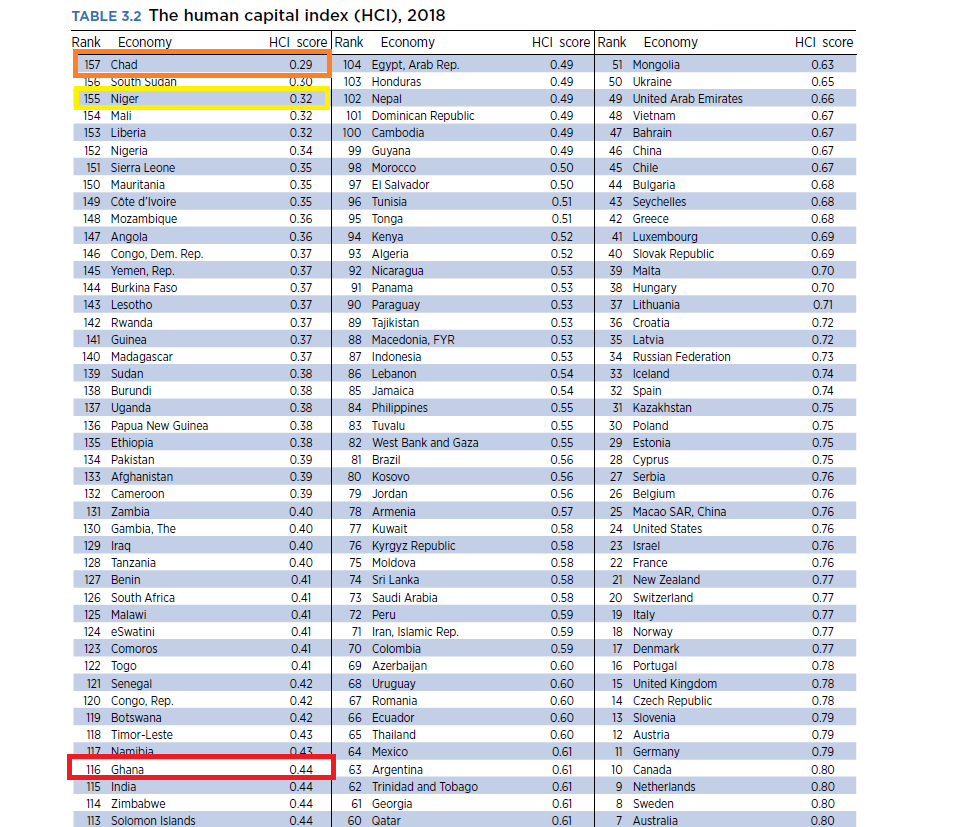 The Harmonized Test Scores is only one of five Human Capital Index indicators and Digital news platform, Graphiconline in a June 2019 article reported Ghana’s low score in the HTS, ranking last but one among 157 countries.

However, Okudzeto Ablakwa mischaracterised Ghana’s ranking in the Harmonized Test Scores which is a subset of the HCI as representing our position on the Index.

Ghana scored 307 in the HTS, falling short of the 391 average scores by her peers in Lower Middle-Income Countries (LMIC) bracket. But the Harmonized Test Scores ranking does not reflect the whole Human Capital Index, World Bank Program Leader for Human Development Antonio Giuffrida confirmed to GhanaFact in an email.

“I did not get anything wrong. If you look at the Harmonized Test Score, assessing quality, Niger was the country that saved us from being last and that was what I was referring to. I was specifically talking about quality. I was not talking about the whole HCI, I was referring to quality at the basic level which we need to fix as a country.”

This notwithstanding, GhanaFact checks from his comments on the TV3 programme as captured in this report show he did not limit his argument to HTS but rather wrongly suggested the 2019 Human Capital Index report ranked Ghana last but one in the world.

We rate the claim that Ghana was ranked last but one in the 2019 World Bank Human Capital Index report as false.