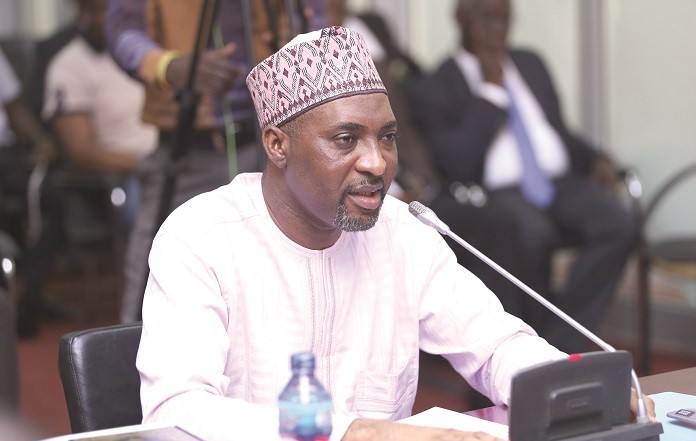 Has Ghana’s government mobilised almost 18 billion cedis in less than 3 months to tackle COVID-19 and its economic impact on the country?

That is the claim made by the Minority Chief Whip in Parliament, Muhammed Mubarak Muntaka at the maiden Weekly Press Briefing by Ghana’s leading opposition party, National Democratic Congress (NDC) on June 1.

According to the Member of Parliament for Asawase in the Ashanti Region of Ghana:

“What you are seeing in this short period of time, our government have chosen to draw its hands all around including loans to the tune of 17.8 billion, almost 18 billion cedis and they don’t want anybody to ask them about accountability.”

Here is a breakdown of the lump sum as alleged by Muntaka Mubarak during his speech:

Ghana recorded its first two confirmed coronavirus cases on March 12, but has has seen a spike in the numbers to 11,964, with 4,258 recoveries and 54 deaths as at June 15.

The government rolled out several interventions including a partial lock-down of some COVID-19 hotspots, a ban on mass gatherings among others to help contain the spread, but has since eased some of the restrictions.

The pandemic is expected to have a major adverse impact on the global economy and Ghana is no exception as confirmed by a statement presented by the country’s Minister for Finance to Parliament on the “Economic Impact of the COVID-19 pandemic on the Economy of Ghana.”

The World Bank subsequently confirmed the $100 million in question was a financing package from the Bretton Woods Institution to Ghana.

In April, Finance Minister Ken Ofori-Atta revealed government intended to lower the cap on the Ghana Stabilization Fund (GSF) from the current US$300 million to US$100 million.

Through this process, an estimated GHC 1.250 billion was to be transferred into the Contingency Fund to fund the Coronavirus Alleviation Programme (CAP).

The International Monetary Fund (IMF) Executive Board has also approved a US$1 billion disbursement to Ghana to address the COVID-19 Pandemic, as confirmed in a statement issued on April 13.

The Bank of Ghana (BoG) has advanced GH¢5.5 billion to the government to meet its financial obligations in the wake of COVID-19.

According to the Central Bank, it stands ready to advance up to GH¢10 billion through its Asset Purchase Programme to help government close the financing gap from the COVID-19 pandemic.

But despite the BoG’s commitment of GH¢10 billion, it should be noted that only GH¢5.5 billion has been released.

Mobilised funds in response to COVID 19

NB: GhanaFact used the BoG interbank rate (June 1) in calculating the Ghana cedi equivalent of the amounts received in dollars

The Minority Chief Whip, Muhammed Mubarak Muntaka’s claim is partly true. However, it is unclear what informed his decision to peg the exchange rate at 6 cedis to 1 dollar.

The date of receipt, exchange rate volatility and transaction charges are factors expected to impact the exact amount to enter government coffers. The Controller and Accountant General’s Department meanwhile has refused to provide GhanaFact with the necessary details including the Ghana cedi equivalent of the amounts received in dollars from the various sources.