FACT-CHECK: 2019 Damba Festival, the first in over three decades? 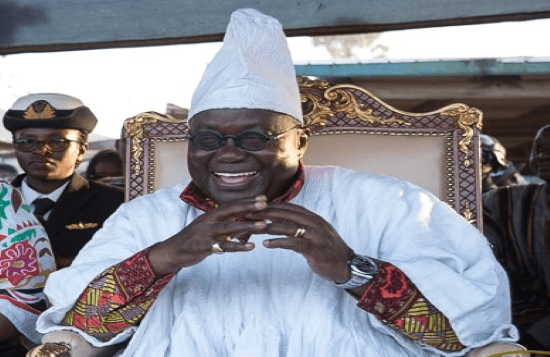 Claim: 2019 Damba Festival is the first in over three decades

Some parts of President Nana Addo Dankwa Akufo-Addo’s speech at the Damba festival in Yendi, in Ghana’s Northern region is generating some disquiet on social media and among locals.

Addressing a gathering at the festival that included the King of Dagbon, Yaa Naa Gariba II and Prime Minister of Barbados, Mia Mottley on Saturday, November 16, the President said:

“For thirty (30) long years, it had been impossible to hold this festival. Indeed, for many years before the explosion of the crisis in 2002, there was always tension surrounding the festival, thus robbing it of the joyful atmosphere that should permeate the celebrations.”

The quote attributed to President Nana Akufo-Addo can be found on the official government website[presidency.gov.gh] in a story titled “Great Developments Lie Ahead in Dagbon” published by the Jubilee House Communications Bureau.

“I was right there at the Gbewaa palace when the President made the comment. It has been the most talked about issue for the past days,” Journalist and head of Dagbanli department at a local radio station, Zaa Radio, Alhassan Yushawu Jahanfo said in an interview with GhanaFact

In the recent past, there was a four-year break in the celebration of the most important festival among the Dagbamba, the Damba festival.

This comes after a ban was placed on traditional drumming and dancing in the Dagbon area following the murder of the King of Dagbon,Yaa Naa Yakubu Andani II, in 2002.

“Yaa Naa Yakubu Andani II was buried on the 10th of April 2006, and then the regent was installed on the 14th April 2006, and since 2006 till now there have been Damba celebrations… Even if we are to calculate the break in the celebration of the festival after the death of the Yaa-Naa in 2002 till now, it is not up to 30 years,” Coordinator of the loyalist of Yoo-Naa, Basharu Alhassan Dabali stated in an interview with GhanaFact.

After over 17 years of chieftaincy dispute following the murder of the late king, the new Yaa Naa, Abukari Mahama was coronated in January 2019 and officiated this year’s Damba festivities.

The Public Relations Officer of the Yaa-Naa, Yakubu Musah in an interview with GhanaFact confirmed the about four-year suspension of the Damba celebrations in adherence to Dagbon traditional customs.

“so for some number of years we were not able to celebrate the Damba festival until former President Kufuor through the support of the three eminent chiefs recommended that the late Yaa Naa should be buried and his first son installed Regent or acting Yaa-Naa of the Kingdom[2006]. It was after this that we were able to have some relieve but by then the Bolin Lana too was there, who was also the regent to his father who died several years ago so anytime there was a celebration, the Kampakuya Naa will be celebrating in his house with his people and the Bolin Lana will also be celebrating with his people,” he said.

Explaining further, Yakubu Musah said the celebration this year was “historic” due to the unity witnessed between the two feuding Gates of the Dagbon Kingship which might have informed the comments by President Nana Akufo-Addo.

Also commenting on the issue, the secretary to the Mion-Lana,Iddrisu Alhassan also reiterated that the Damba celebrations were only suspended between 2002 and 2006, and any suggestion that this year’s celebration is the first in 30 years is an “exaggeration.”

The ancient festival, Damba is celebrated annually under the lunar calendar by the people of Dagbon, Mamprugu, Gonja, and Nanumba, in the Northern Region. It is also celebrated across ethnic groups in Northern Ghana that are related to the Mole-Dagbamba.

The Damba festival is the second festival after Bugum  festival (Fire festival) and is considered the most important among the Dagbamba.

There are divergent views in terms of the origin of the Damba festival among the Dagbamba.

One school of thought is of the view that the festival is a celebration of the birth of the Holy Prophet Muhammad (PBUH) in the month of Damba.

Another school of thought affirms that, Damba festival existed before the introduction of Islam in Dagbon and that Dagbamba already had a month in their calendar that bears the name of this festival.

The comments are rated false, that’s the primary claim(s) of the content are factually inaccurate.