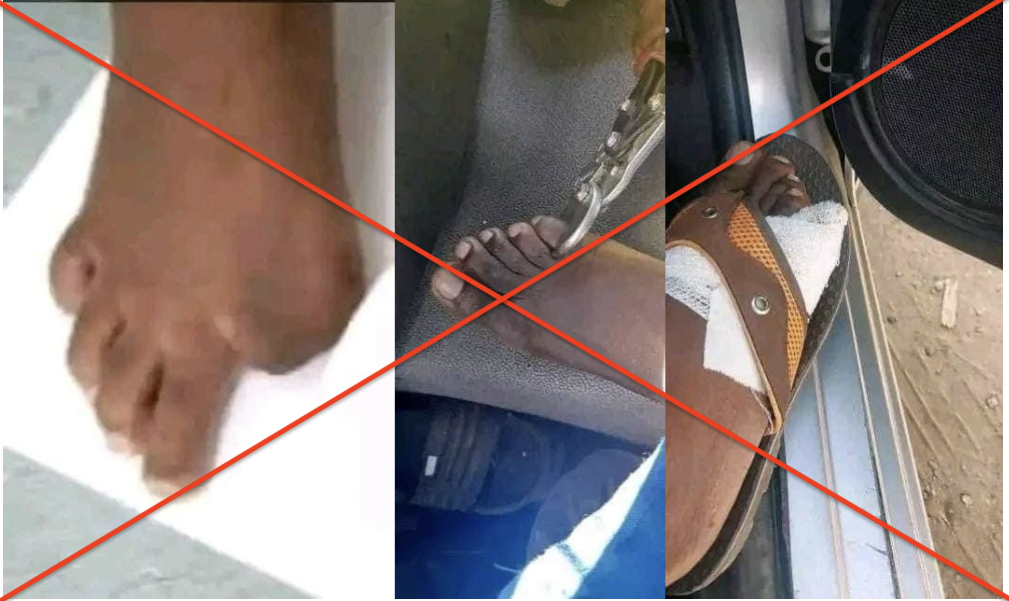 Claim: Some Zimbabweans are cutting off their toes in exchange for money

Multiple videos showing people using sharp objects to cut off their toes supposedly in exchange for money and cars in Zimbabwe have gone viral on social media.

Several pictures showing severed toes and bandaged feet have been shared online with the caption “in Zimbabwe, people have started selling their toes for thousands of dollars. This is due to the high cost of living and the failure of the government to create jobs. The toes are being bought at $40,000 dollars (N16m) while the smaller ones are at $20,000 dollars (N8m).”

These images and videos have gone viral on Twitter, Facebook, WhatsApp, and TikTok and published as news articles on websites in countries including  Nigeria, Ghana, Malawi, and Kenya, among others.

David Kaseke, 40, who started the viral trend online claims “he was drunk and joking,”

He made the confession when he was put before the Magistrate Court for the Province of Mashonaland Holden at Rotten Row, on June 7, 2022, to answer criminal charges levelled against him by the Zimbabwe Republic Police.

In an interview with H-Metro, David Kaseke, speaking in the Shona language, alleged he was an agent of the persons behind the illegal trade in human body parts – the video has since gathered more than a thousand views.

The Zimbabwe Republic Police has since charged David Kaseke with “Criminal nuisance” for spreading false information.

The Charge sheet highlighted that David Kaseke “unlawfully and intentionally recorded a video which was published on social media indicating to the public that he is an agent for people who buy human toes for USD 25,000 to USD 30000-00 for small toes and USD75,000-00 for the bigger toe, conduct that materially interfered with the comfort, convenience, and peace of the public as he had wantonly or mischievously raised the false alarm to the public.”

“The bizarre wealth for toes story was built on falsehoods – maybe the initial plan was to scam people. But it never happened,” Editor-In-Chief of independent fact-checking organization – ZimFact, Cris Chinaka told GhanaFact.

The claim that some Zimbabweans are selling their toes in exchange for money and cars is FALSE.