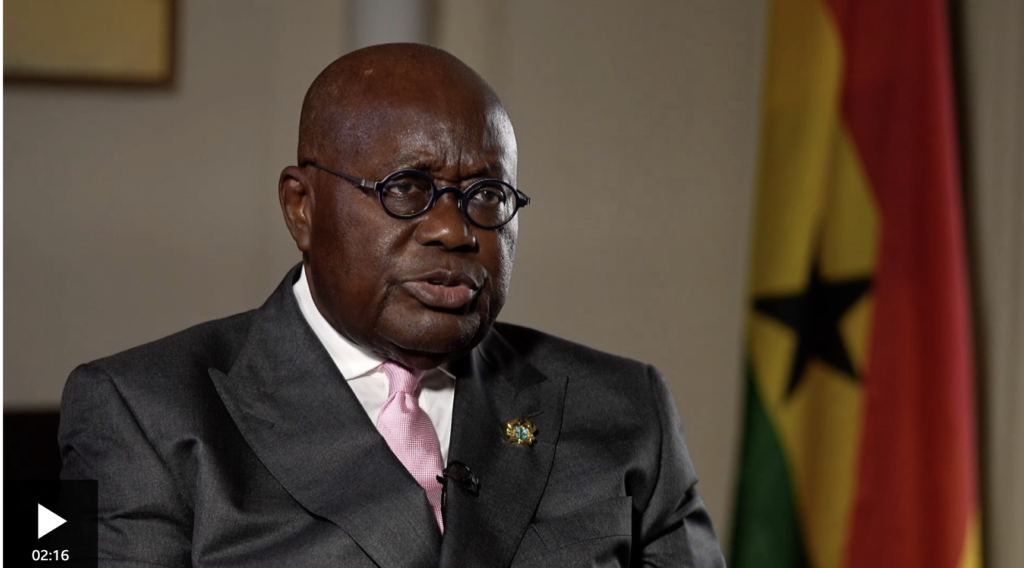 Claim: Claims about the Ghanaian economy, E-Levy and Britain’s worsening standard of living

Ghana’s President Nana Akufo-Addo on April 3, 2022, sat for an interview with the BBC’s Peter Okochwe to discuss wide-ranging issues including the state of the Ghanaian economy and the introduction of the contentious Electronic Transaction Levy(E-Levy).

Fuel prices in the West African nation have shot up together with commodity price increases – while the local currency, Ghana Cedi has come under enormous pressure from the dollar and other foreign currencies – depreciating in value considerably in the last couple of months.

The one-on-one BBC interview has since generated heated online debate with some social media users questioning the accuracy of some of the claims made by the President.

It’s very disingenuous to say the e-levy is taxing “an industry” and not people. Very. https://t.co/FnWpRLo3wM

This fact-check report seeks to verify:

“Britain which is suffering the worst standard of living statistics for over 30 years,” President Nana Akufo-Addo partly said in the interview.

The United Kingdom (UK) is facing its biggest drop in living standards in any single financial year since 1956, according to the Office for Budget Responsibility (OBR).

The rise in inflation to a 40-year high in Britain this year is expected to reduce real household disposable incomes on a per-person basis by 2.2 per cent.

The UK government forecaster in its Economic and Fiscal Outlook Report said the underlying reason for the reduction in disposable incomes comes from several sources including the fact that wages have failed to keep pace with rising prices.

So indeed, OBR has stated that Britain is facing the biggest fall in living standards in any single financial year over the last 66 years – since the Office for National Statistics(ONS) records began in 1956-57.

The claim is TRUE.

Delivering the State of the Nation Address in parliament on March 30, 2022, President Nana Akufo-Addo made a similar claim.

“Indeed, in 2017, 2018 and 2019, we recorded average annual GDP growth rates of 7%, making us one of the fastest-growing economies in the world,” the President said in his address.

The claim made during the State of the Nation Address was rated TRUE because the average rate over the period mentioned is 6.945% which can also be approximated to 7%.

However, in the BBC interview, the President included the beginning of 2020 – first-quarter GDP growth – and suggested the average growth rate was 7%.

On June 17, 2020, the quarterly GDP Bulletin released by the Ghana Statistical Service (GSS) stated that the provisional GDP growth rate for the first quarter of 2020 was 4.9%.

In striking the average growth rate, it would be flawed to compute the yearly growth rate plus quarterly rates to inform a conclusion.

The claim is rated PARTLY TRUE.

“You think it is necessary to tax people who are already impoverished?” the BBC’s Peter Okochwe asked in reference to the E-Levy.

The President responded: “They are not already impoverished. We’re talking about taxing an industry, transactions where a lot of value is being created and we want to also bring that value into government coffers.”

Government in the 2022 Budget Statement and Economic Policy said it had decided to place a levy on all electronic transactions to widen the tax net and rope in the informal sector.

The “Electronic Transaction Levy” or “E-Levy” bill has since been passed by a one-sided parliament and subsequently received Presidential assent – despite a suit at the Supreme Court challenging the legality and constitutionality of the passage of the bill in parliament.

According to the government, the 1.5% “E-Levy” will be charged on the value of digital transactions and only exempt daily transactions of a cumulative value of Gh¢100.00 or less, per person.

“E-Levy was not designed to be absorbed or paid for by mobile money operators. The industry pays capital gains tax, corporation taxes,  import levies, PAYE, WHT [Withholding tax] on commissions earned by agents, vendors etc. Eg. In 2020 the industry paid about 220m cedis taxes from the mobile money sector only,” a senior communication, public policy and research executive and former head of corporate communication at the Ghana Chamber of Telecommunications, Barnabas Nii Laryea told GhanaFact.

He emphasized that all the taxes cited are different from the new E-Levy, which is a consumption tax paid for directly by customers using mobile money and other electronic channels and “is not incident on an industry but its users.”

Before the introduction of the E-Levy, Telecom companies / Mobile Money Operators charged a transaction fee/charge for their services – effecting the transfer of money for subscribers/consumers.

Telecom company, MTN used to charge a transaction fee of 1% but has since reduced it to 0.75% on its mobile money(momo) service, while Vodafone has a 0%  charge for its electronic payment service (vodacash).

Before the review in transaction fees, the Ghana Chamber of Telecommunications in a December 15, 2021, statement said: “MTN and AirtelTigo have agreed to a downward revision of their P2P (person to person transfer) fees by up to 25% depending on respective operator.”

“I don’t think it is up for debate. It is on the individual and not on the industry. This is a matter of tax incidence and impact analysis. The incidence is clear, it will hit individual users. If it was put on the Telcos the impact will be on them. But the incidence they could have passed onto individuals, hence the same outcome,” a tax expert with over twenty-eight (28) years experience – Dr. Abdallah Ali-Nakyea stated when we contacted him for further clarification on the claim.

E-Levy was not designed to be absorbed or paid for by mobile money operators. It is a tax on consumers and users of mobile money and other electronic channels. The claim is rated FALSE.

“Even in the crunchy year of 2020, when the economies of the world dived, Ghana, we still managed a positive rate of growth because the fundamentals of our economy are strong.”

Ghana recorded a 0.4% Gross Domestic Product (GDP) growth rate in 2020, falling from a 6.5% high the year before – a fall largely blamed on the coronavirus pandemic.

The partial lockdown, general restrictions on economic activities and an increase in public sector expenditure to meet specific COVID-19 financial stimulus and other social interventions have been identified as contributory factors to Ghana’s economic decline.

The country recorded its first 2 cases of COVID-19 on March 12, 2020 – “Both individuals returned to Ghana from Norway and Turkey,” Ghana’s Minister for Health, Kwaku Agyeman-Manu disclosed at the time.

The Covid-19 pandemic triggered the most severe recession in nearly a century and is causing enormous damage to people’s health, jobs and well-being, according to the OECD’s 2020 Economic Outlook.

The claim that Ghana recorded a positive growth rate in 2020 is TRUE.