FACT-CHECK: Ghana is NOT the first to receive J&J COVID-19 vaccine through the African Vaccine Acquisition Trust 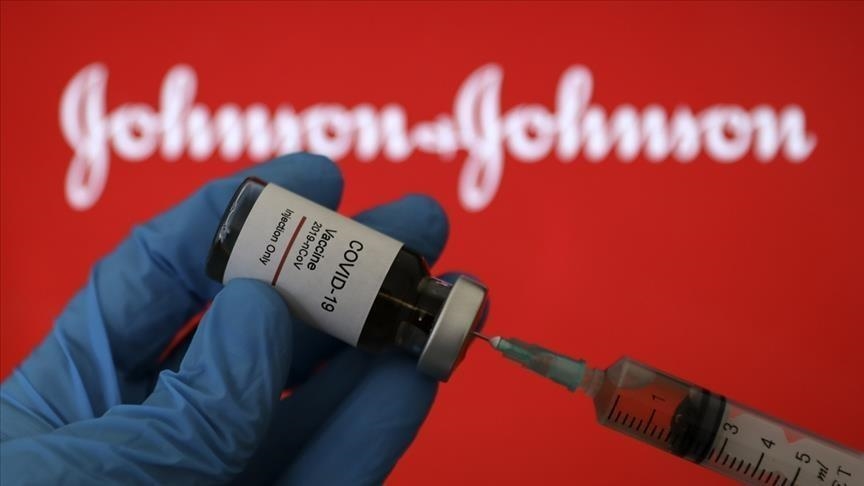 Claim: Ghana receives 177,600 doses of J&J vaccine and is the 1st of 10 African countries to receive this via AVAT

Is Ghana the first African country to receive the Johnson and Johnson COVID-19 vaccine through the African Vaccine Acquisition Trust?

That was a claim made on Twitter by a Deputy Chief Executive Officer(CEO) of the National Youth Authority (NYA),  Akosua Manu.

According to the government official, Ghana is the first of ten Africa countries to receive 177,600 doses of the Johnson & Johnson single-shot vaccine which is part of pool purchasing facilitated by the African Union (AU) and African Vaccine Acquisition Trust (AVAT) to AU member states. 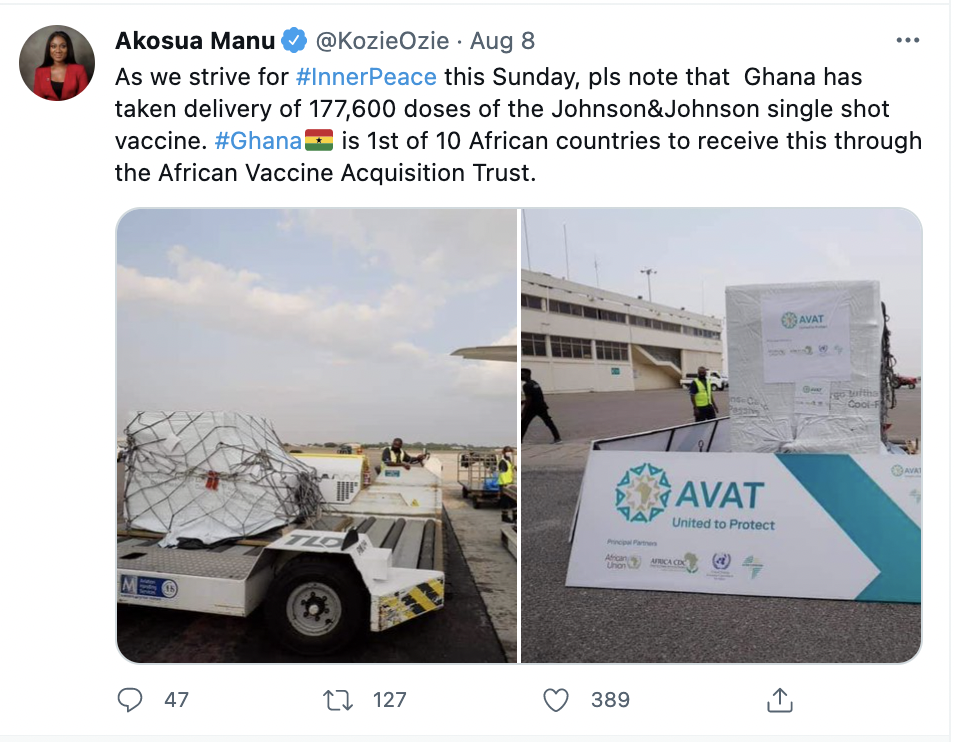 The claim has garnered more than 550 Twitter interactions including 389 likes and 127 retweets.

So we’ll seek to verify:

Ghana, indeed, on August 7 received 177,600 doses of the Johnson & Johnson vaccine, as part of the African Vaccine Acquisition Trust mechanism established by the AfricanUnion with support from the African EXIM Bank, the Africa CDC and the World Bank.

Today, the Government of Ghana received 177,600 doses of the Johnson & Johnson vaccine, thanks to the African Vaccine Acquisition Trust mechanism established by the @_AfricanUnion with support from the African EXIM Bank, the @AfricaCDC & the @WorldBank.#AVAT @UNICEFAfrica pic.twitter.com/AEomqNQtTS

However, it is inaccurate to say Ghana was the first to receive the vaccine under the African Vaccine Acquisition Trust mechanism.

Togo is the first African country to have received the first batch of the Johnson and Johnson COVID-19 vaccine, partly manufactured in South Africa,  through the Africa Vaccine Acquisition Trust (AVAT) initiative as confirmed by the World Health Organisation(WHO).

The West African nation, Togo received 118,000 doses of the Johnson and Johnson COVID-19 vaccine as part of plans to roll out 400 million vaccine doses to African Union member states and the Caribean.

African Vaccine Acquisition Trust (AVAT) is an initiative of the Africa Union. The trust aims to secure vaccine doses to complement initiatives such as COVAX and attain a target immunization of 60 per cent of Africa’s population.

The initiative involves the collaboration of the African Export-Import Bank (Afreximbank), the Africa Centres for Disease Control and Prevention (Africa CDC) and the World Bank.

Also, UNICEF plays a role in this initiative and that involves procuring and delivering COVID-19 vaccines on behalf of AVAT to the AU Member States, with the additional opportunity to provide supplemental logistics and related services for countries that request it.

Eleven African countries were expected to receive the first batch of vaccines delivered through the initiative and they include Togo, Lesotho, Ghana, Tunisia, Angola, Cameroon, Egypt, Botswana, Nigeria, Ethiopia and Mauritius.

According to Africa CDC, starting August 5, the first monthly shipments will arrive in several Member States, and shipments will continue for a total of 6.4m doses shipped in August.

Monthly shipments will continue and be continually ramped up, with a target of delivering almost 50m vaccines before the end of December.

By January, the number of vaccines being released will be in excess of 25m per month. In collaboration with the Africa Medical Supplies Platform (AMSP), UNICEF is providing logistical and delivery services to the Member States.

The claim is rated PARTLY TRUE because even though Ghana has received 177,600 doses of the Johnson & Johnson vaccine via the AVAT initiative, the country is not the first of 10 African countries to receive the doses.