FACTSHEET: Climate Change in Ghana and its impact on crop yields 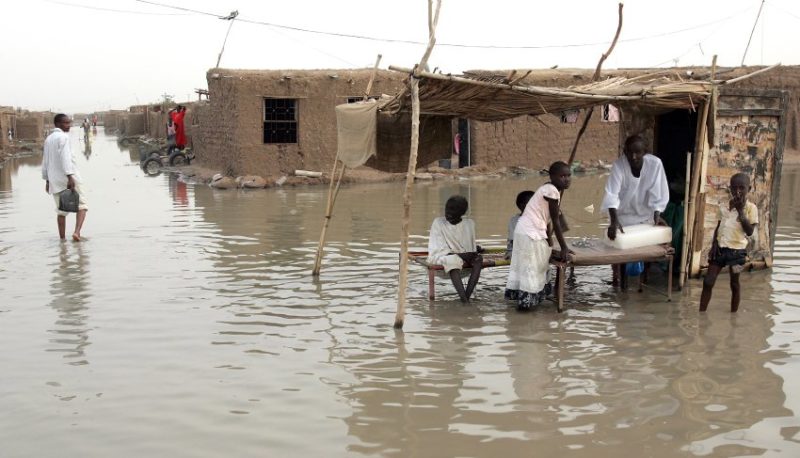 “High temperatures will further increase, and rainfall patterns will be less predictable. More intense rainfall is expected to increase erosion, while less total rainfall may decrease the water flow,” a 2018 report on Climate Change by the Netherland’s Foreign Affairs ministry has revealed.

Ghana has different ecological and climatic zones, from coastal savannah in the far south to humid rainforests in the southern half of the country and the dry, hot Sahel in the north.

Total annual rainfall is over 2,000 mm in the extreme southwest, less than 1,100 mm in the north, and 750 mm in the south-eastern coastal.

Rainfall is characterized by strong inter-annual variations due to El Niño events causing drier than normal conditions. There is a strong rainfall seasonality differing per zone:

The country’s vulnerability is largely due to dependence on the production of crops that are sensitive to climate change, including cassava and cocoa, and by a lack of agricultural diversification.

Climate change vulnerability in Ghana is greatest for those who are strongly dependent on natural resources and have the lowest capacity to cope with these changes.

Smallholder farmers (especially female-headed farming households) in Ghana are particularly vulnerable to the impacts of climate change and variability due to the compounding impacts on yield from poor lateritic soils, limited irrigation, and limited transport to markets.

In Ghana, women constitute 52% of the agricultural labour force and produce 70% of subsistence crops. In addition, they depend on water and crops due to their responsibilities in the household.

They are hampered in their adaptive capacity to climate change due to various factors, including inaccessibility of financial resources, a lack of information and technology, and unfavourable land tenure systems.

Agriculture is the backbone of Ghana’s economy, providing employment to 45% of its workforce, contributing to 21% of GDP and supplying over 70% of its national food requirements.

Since Ghanaian agriculture is predominantly rain-fed (with only 4% of its irrigation potential developed)46, particularly in the semi-arid north, it is highly vulnerable to climate change.

Agriculture is characterized by a low level of diversification, which makes farmers more vulnerable to crop failure. Farmers in the north of the country – and particularly in the Upper East – are most vulnerable.

This is partly due to the hot and dry conditions of the area and the bad quality of agricultural lands (the Upper East is most exposed to land degradation and soil erosion), but also because of general poverty and limited access to alternative livelihoods.

In the northern region, total crop failure is expected to occur approximately once every 5 years due to delayed or diminished rains.

Root and tuber crops are predominantly grown and consumed in the south of the country, while grain crops are cultivated in the north. Important cash crops include cocoa (mainly in the south) and groundnuts (in the north).

Projected climate change impacts for these crops include:

PrevPreviousFALSE: Ghana’s Prez did not order arrest of 3 foreign contractors for destroying a road
NextFACTSHEET: How many Ghanaians have been vaccinated for COVID-19 so far?Next