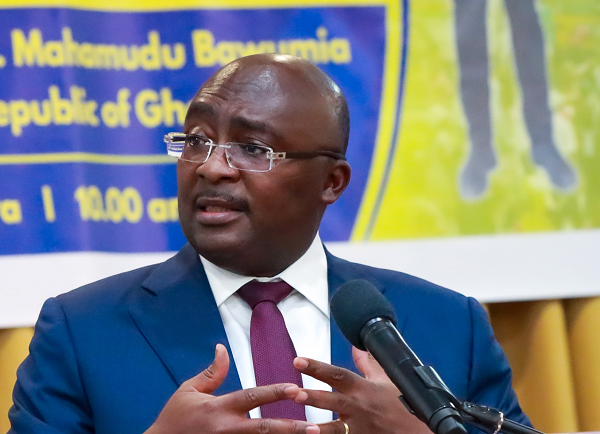 A decision by the Ghanaian government to slap 17 pesewas on fuel prices as COVID-19 levy has generated outrage among petroleum consumers on social media.

This evolved into a social media campaign under #FixTheCountryNow, with many citizens venting their frustrations with the rising cost of living, the country’s high debt levels and the crippling economic fortunes of Ghana.

The online pressure soon morphed into a full-blown planned demonstration. This forced government to reduce the levy to 9 pesewas, while the Ghana Police Service has also secured a court order to halt the intended protest.

Vice President Dr Mahamudu Bawumia in response to the exasperation being shown by the public has defended the government’s track record in “fixing problems” and in a Facebook post on May 6, has provided a list of 70 problems he claims the government inherited and what has been done so far.

“We are four months into our four-year mandate. The job of government is to fix problems. This is what we have been doing since 2017.” He partly said in the post.

GhanaFact verified this by comparing the year-on-year inflation rate for 2016 to the rate for 2020, which represent when the former administration handed over power and when the four-year tenure of the current government also ended.

So, the claim will be rated PARTLY TRUE because the 2016 rate was accurately captured in the claim, while 10.4% inflation rate for December 2020 was understated as 10.3%.

According to available data from the Bank of Ghana (BOG), Average Commercial Banks Lending Rate as at December 2016 was 28.09% contrary to the 32% suggested in the claim.

Meanwhile the Average Commercial Banks Lending Rate as of December 2020 was 21.10%.

Meanwhile, the Finance Minister Ken Ofori-Atta through government’s 2017 and 2018 Budget Statements and Economic Policies stated that the average lending rate as of December 2016 was 31.2% and 31.68% respectively.

The claim is rated MISLEADING.

The claim that Ghana secured the 58th position in the 2020 Global Food Security Index report is inaccurate.

Claim 3 will therefore be rated as MISLEADING.

A sovereign credit rating is an independent assessment of the creditworthiness of a country. There are four international credit rating agencies, and they include: Standard & Poor’s, Moody’s, Fitch and Scope Ratings.

Moody’s assigns its B3 rating for “obligations considered speculative and subject to high credit risk.” Entities that receive this rating may be experiencing financial instability or hold inadequate cash reserves relative to their business needs, debt, or other financial obligations.

Fitch’s B ratings indicate that material default risk is present, but a limited margin of safety remains. Financial commitments are currently being met; however, capacity for continued payment is vulnerable to deterioration in the business and economic environment.

A Standard & Poor’s rating outlook assesses the potential direction of a long-term credit rating over the intermediate-term (typically six months to two years). “Negative” means a rating may be lowered.

To ensure consistency with regards to the timelines considered for comparison between the two administrations, the most recent S&P rating update (September 2020) shows Ghana has been downgraded to B-.

The claim that there has not been a single case of cholera in Ghana in the last four years is inaccurate. GhanaFact has flagged as FALSE a similar claim made by then Minister of Sanitation and Water Resources, Cecilia Abena Dapaah in 2020.

The fact-check report revealed that three (3) cholera cases have been recorded in the Volta and Central regions of Ghana between 2017 and 2020, contrary to the claim of zero cases, data from the Ghana Health Service and the Ministry of Health has shown.

The information was found after perusing 110 Ghana Weekly Epidemiological Reports, which are official publications by the Ghana Health Service and the Ministry of Health on issues of public health in the country.

Claim 5 will therefore be rated MISLEADING because it contains accurate and inaccurate content as shown by the Cholera Morbidity and Mortality table below.

PrevPreviousFALSE: Bishop Oyedepo claims COVID-19 vaccine is deadly and has not been duly tested
NextFACTSHEET: Why are children and pregnant women exempted from COVID-19 vaccination?Next