FALSE: United Nations has not issued an organ trafficking alert for the Middle East 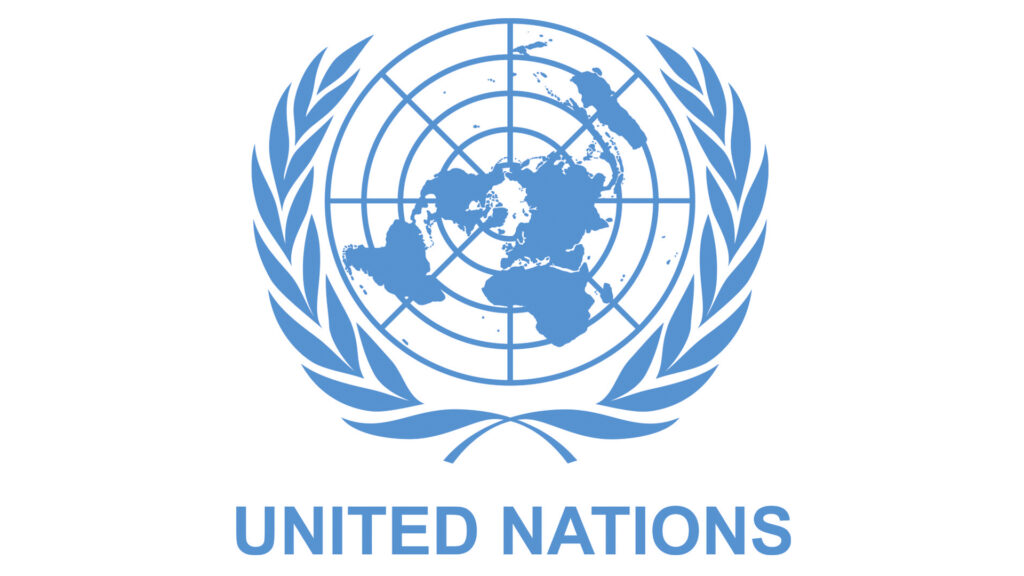 Some social media users on Facebook, Twitter, YouTube and  WhatsApp are circulating claims that the United Nations has issued an alert about a thriving underground organ trafficking market in the Middle East.

A note card that is being portrayed as the “United Nations Alert” comes with a message that seeks to dissuade people working through “fake foreign agencies” to travel abroad because the black market for human body parts is “booming in the Middle East.” 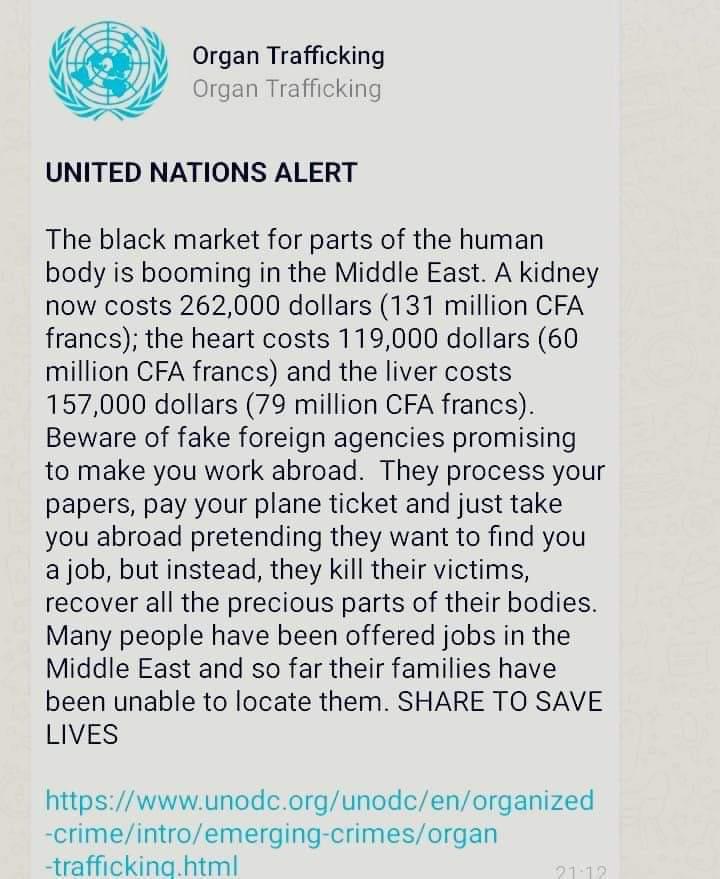 A link to the United Nations Office on Drugs and Crime (UNODC) website is seen in the viral image and attempts to reach the destination web page showed a 404 error. 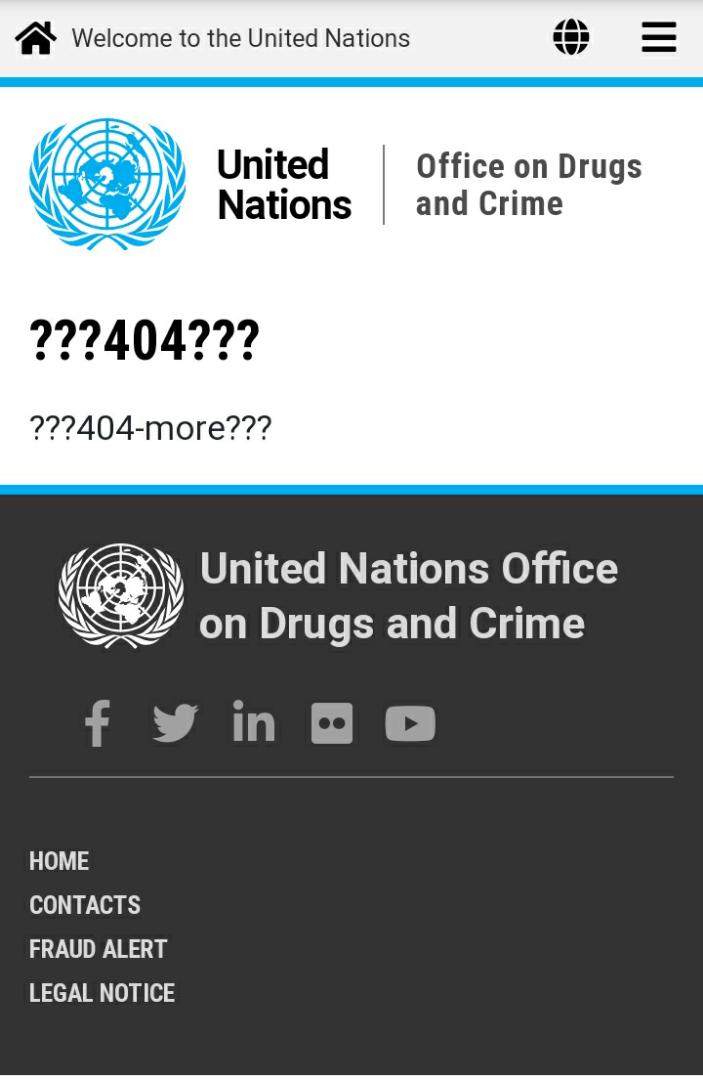 An independent content search of the UNODC website using the keywords “organ trafficking” showed no documents or pages contained the supposed “United Nations Alert” about organ trafficking in the Middle East.

Further checks from the UNODC Advocacy section showed there has been numerous request from various countries for the global leader in the fight against illicit drugs and international crime to respond to similar claims.

Meanwhile, other credible fact-checking organisations including Pesa Check and AFP Fact Check have already flagged the same claim in Kenya and Pakistan.

“The message does not originate from UNODC and contains out-of-date information that is not related to current UNODC activities.” Chief of Advocacy, United Nations Office on Drugs and Crime, Brian Hansford told GhanaFact in an email.

According to the UNODC, some of the information in the viral image appears to have been derived from an old webpage relating to the Organized Crime and Trafficking Branch (OCB’s) work on tackling organ trafficking from 2011. But the page has been taken down and no longer exists.

The claim that the UN has issued an organ trafficking alert is rated FALSE.