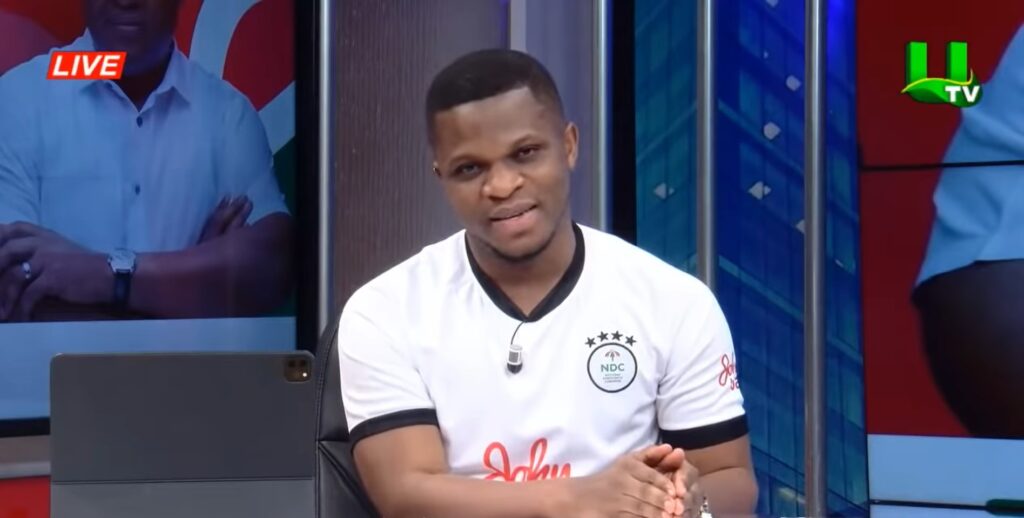 Claim: Two claims about Ghana going back to HIPC and the country’s debt levels

Verdict: One false, one exaggerated

With barely five weeks to Ghana’s presidential and parliamentary elections, the debate over government borrowing and the country’s debt stock is featuring prominently in political campaigns.

The ruling New Patriotic Party (NPP) and the largest opposition party, National Democratic Congress (NDC) have been accusing each other of reckless borrowing while having little to show in development.

On October 24, the National Communication Officer of the NDC, Sammy Gyamfi during a live TV show made some claims about the country’s debt level and that “we [Ghana] are back to HIPC.”

The programme titled “Nokw3r3 mmr3″ or “Moment of Truth”, was originally aired on one of the country’s leading television networks- UTV, but has since been moved onto a different network after the media company suspended the show over alleged legal threats.

In this fact-check report, we will verify two claims made by Sammy Gyamfi on the “Moment of Truth” TV programme that aired on October 24.

Speaking in an indigenous Ghanaian language-Twi [between minutes 40:00 to 41:30], the NDC spokesman partly said:

“Ghana is overwhelmed with debt. The IMF has since warned that Ghana may be unable to repay its debts, we are back to HIPC.”

Ghana’s debt level rose to GH¢263 billion at the end of July 2020, data released by the Bank of Ghana on September 28 showed.

However, this does not mean Ghana is back to HIPC- Highly Indebted Poor Countries, because countries that have previously graduated from the HIPC process “cannot re-apply for debt relief under the HIPC Initiative,” World Bank Ghana Office said in an email response to GhanaFact.

Ghana is among the countries that graduated from the HIPC process after reaching the Initiative’s completion point in 2004.

This is after the International Monetary Fund (IMF) and the World Bank Group’s International Development Association (IDA) agreed on February 22 and 26, 2002 respectively, to support a comprehensive debt-reduction package for Ghana under the enhanced Heavily Indebted Poor Countries (HIPC) Initiative

So, the claim that Ghana is back to HIPC is rated FALSE.

Again speaking in the indigenous Ghanaian language-Twi [between minutes 41:00 to 42:00], the NDC spokesman partly said:

Ghana’s current debt-to-GDP stands at 68.3 percent, the latest figures released in September by the Bank of Ghana showed.

This means an estimated 68 percent of GDP is needed to offset the country’s GH¢263 billion debts and not 76 percent as suggested in the claim.

However, the IMF is forecasting Ghana’s debt-to-GDP to hit 76.7 percent by year-ending, according to its Sub Saharan Africa Regional Economic Outlook report released on October 22.

The Fund said Ghana remains at a high risk of debt distress as the world’s second top cocoa producer plans to further borrow between $3 billion and $5 billion in early 2021.

Therefore, the assertion that Ghana will need “76 percent of GDP” to fully pay back her debts is an EXAGGERATION especially at the time of making the claim.

GhanaFact’s efforts to reach Sammy Gyamfi for a response following our findings proved futile as several phone calls to him went unanswered. However, we will duly update this report if we get an update.