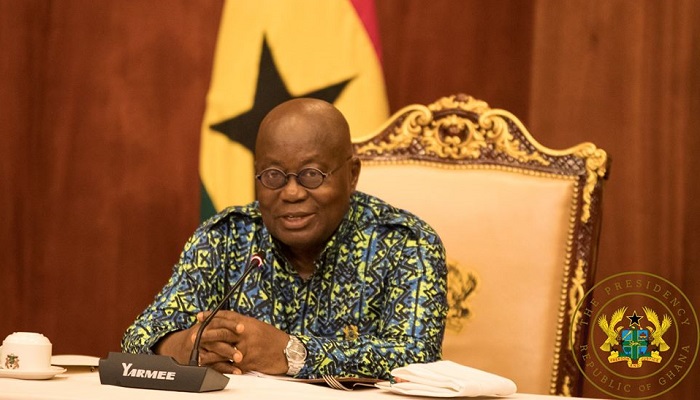 The letter which bears the signature of the Minister for Local Government and Rural Development has been verified to be true. 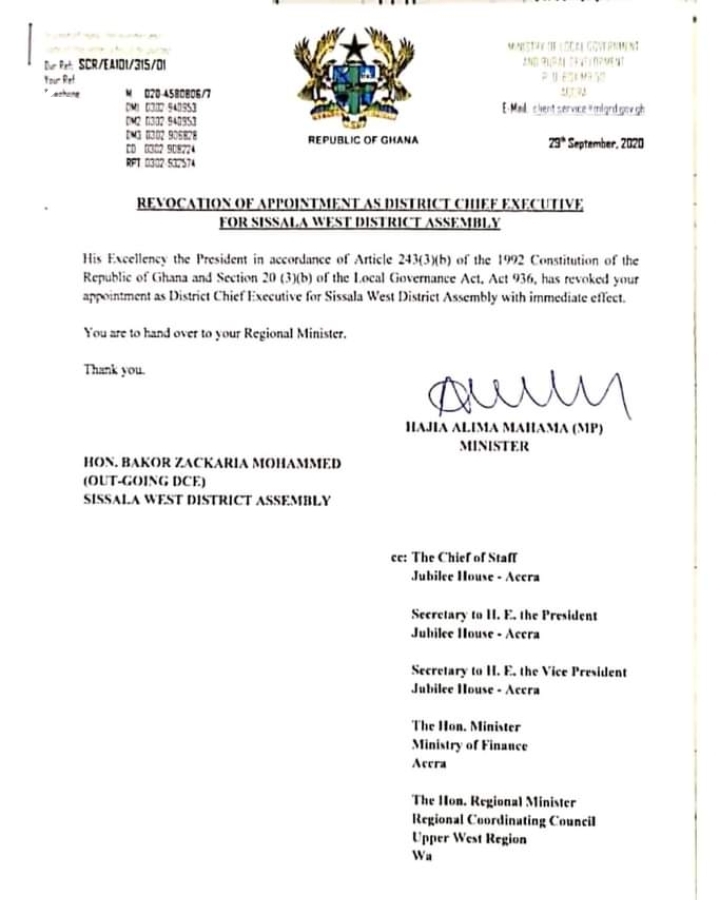 In May 2017, the appointment of Bakor Zackaria Mohammed as the DCE for Sissala West received a 100 percent endorsement from assembly members of the district.

However, less than two years after he assumed office, the constituency executives of the governing political party-NPP called for his removal, citing irreconcilable differences amidst accusations of abuse of office.

On September 29, a viral letter allegedly signed by the sector minister, Hajia Alima Mahama, claimed that Bakor Zakaria’s appointment as DCE for Sissala West had been revoked, with a directive that he hands over to the Upper West Regional Minister, Dr Hafiz Bin Salih.

The story has since been carried by multiple online platforms (here, here, here).

“The letter came from the minister’s office, so his appointment revocation is true,” the Public Relations Officer at the Ministry for Local Government and Rural Development, Marmle Ramani Meimuna confirmed to GhanaFact in an interview.

She explained that “the dismissal letter was not a public document but found it way out, unfortunately.”

The viral letter claiming the District Chief Executive of the Sissala West has been sacked is true.