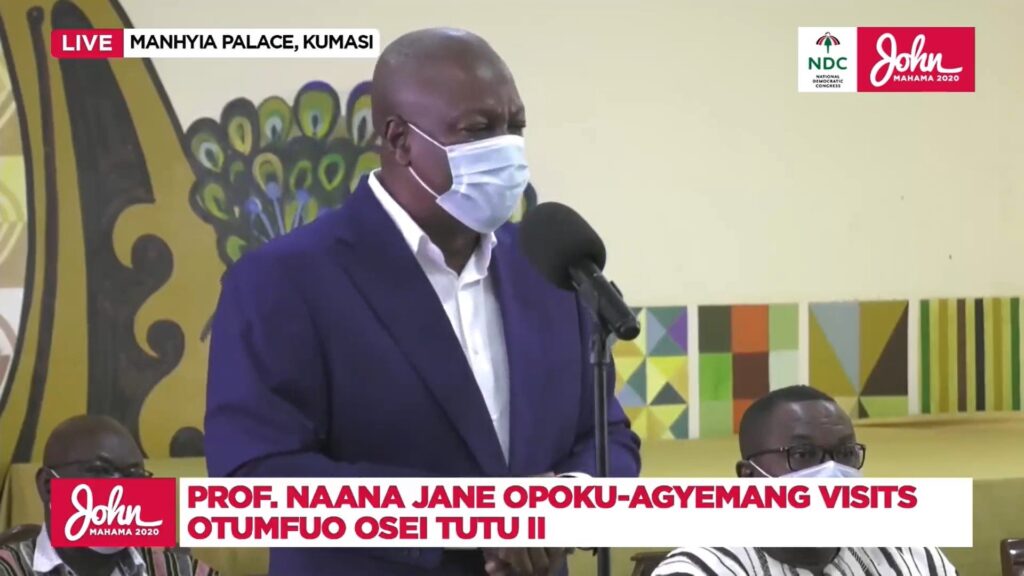 On August 26, former president and flagbearer of Ghana’s largest opposition political party, National Democratic Congress(NDC), John Mahama, introduced his running mate to the Asantehene and the Kumasi Traditional Council at Manhyia Palace in the Ashanti region.

The NDC flagbearer made some claims about exit examination successes registered under her stewardship as education minister when he presented her to the Asantehene, Otumfuo Osei Tutu II.

The programme was live-streamed on John Dramani Mahama’s verified Facebook page and has since racked up 124,000 views and 3,800 comments.

Ex-president John Mahama speaking in an indigenous Ghanaian language-Twi [between minutes 49:00 to 49:30]  said:

“We [WAEC] don’t do country performance ranking. We only assess the performance of outstanding candidates and reward them.” West African Examinations Council (WAEC’s) Head of Public Relations, Agnes Teye-Cudjoe told GhanaFact in an interview.

Administered by the West African Examinations Council (WAEC), the exit-exam is for both certification and entry to tertiary institutions.

But with the exception of subjects like Mathematics and English and a few other electives, the examination questions differ entirely among the member-states.

“Some member-states have courses that others don’t have, so mostly the questions are different,” WAEC’s Head of Public Relations Agnes Teye-Cudjoe told GhanaFact in an interview.

Despite the difference, students with the highest total score from across the exam union are recognized in the WAEC International Excellence Awards for their outstanding performance each year.

However, “what WAEC has is overall best student for WASSCE, not best country under WAEC.” Executive Director of Africa Education Watch, Kofi Asare clarified.
The awards which were instituted by the WAEC Endowment Fund in 1984 is aimed at recognising brilliant students who excel in the Council’s examination at the Senior High School level.
Conclusion

GhanaFact rates the claim that Ghana emerged first for four consecutive years in WASSCE as an exaggeration.

Our independent checks from the website of organisers of WASSCE, interviews with Civil Society and officials of WAEC show the council does not publish a country performance ranking as being suggested by the former president.

Meanwhile, efforts to reach a spokesperson for the former president, Joyce Bawah Mogtari to ascertain the veracity of the claim proved futile.