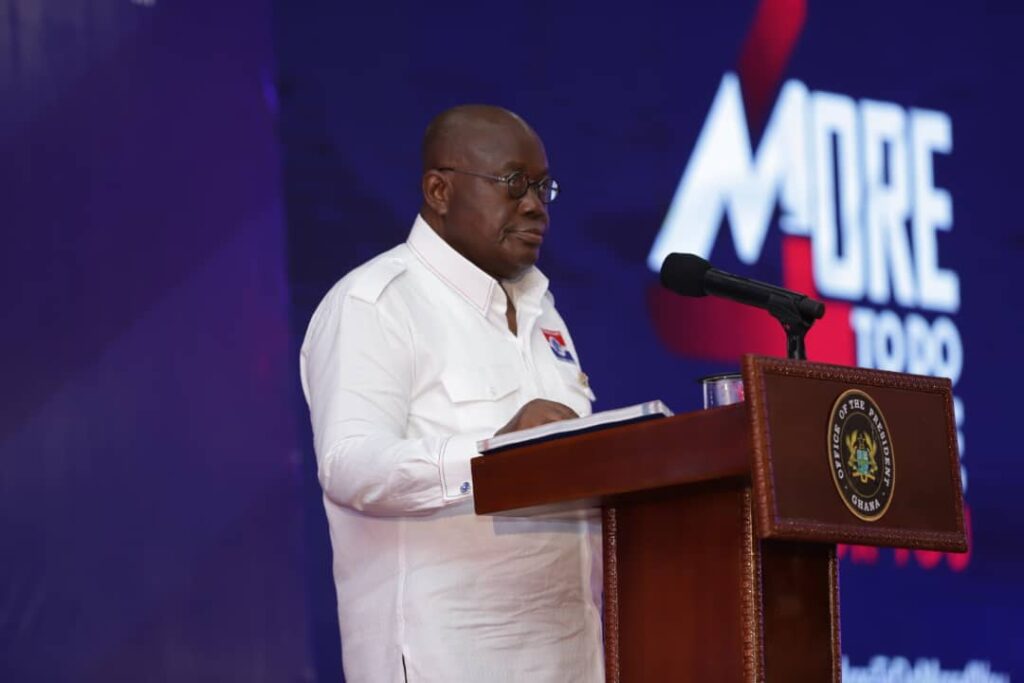 Verdict: One mixture, one false

Mixture: The claim has a mix of accurate and inaccurate content, or the primary claim is misleading or incomplete.

Ghana’s President has been hyping the country’s economic performance during his tenure in a speech read at the New Patriotic Party (NPP’s) manifesto launch on August 22.

Nana Addo Dankwa Akufo-Addo has described the management of the economy under his government as superior compared to under the National Democratic Congress (NDC).

In this fact-check report, we will assess two claims made by the President.

“Having sense in the NPP means being able to take an economy growing at 3.4% to an economy that grew, on the average, for three (3) successive years, at 7% per year, before the pandemic….”

To ensure a balanced comparison, GhanaFact examined the GDP growth rate achieved in the first three years of Former President Mahama’s government and compared the average rate with what was achieved by the current government.

It is therefore misleading to compare the average growth rate achieved in the first 3 years of the current government to the 2016 growth rate recorded by the previous administration as suggested by President Akufo-Addo.

The 3.4% growth rate quoted in the President’s claim represents the rate of expansion under Former President John Mahama for 2016 only and not the average for his first three years.

However, as the data indicates the current government has done better in terms of GDP growth compared to the former. But it is misleading to compare one’s average GDP growth rate in three years, to the growth rate achieved by another in a single year.

“Having sense in the NPP means implementing policies which, according to the latest Ghana Living Standards Survey, has resulted in a decline in unemployment rates from 11.9% in 2015 to 7.3% in 2019.”

The Ghana Living Standards Survey (GLSS) was neither conducted in 2015 nor in 2019. Therefore, the President’s claim on unemployment is false.

The survey which began in 1987 is conducted every five years, and the last two editions were in 2012/13 and 2016/17, according to the Ghana Statistical Service.

“We conduct the survey every five years but sometimes it exceeds the stipulated period. After the 6th edition (2012/13), we gathered data in late 2016 which formed the basis for the 2017 report,” Acting Director of Communication and Dissemination at the Ghana Statistical Service Johnson Owusu Kagya told GhanaFact.

Claim one is rated mixture because it is a mix of accurate and inaccurate content, while claim two is rated false.