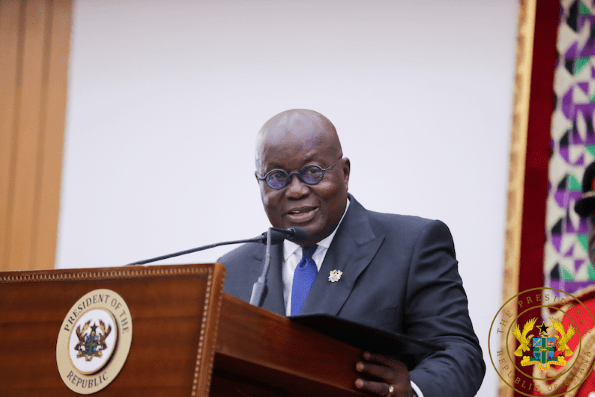 President Nana Akufo-Addo delivered his fourth State of the Nation Address before parliament in accordance with Ghana’s 1992 Constitution on February 20.

The about 1-hour 30-minute address, which is his last State of the Nation’s address of his four-year term in office touched on the Ghanaian economy, foreign relations, tourism, peace and security, agriculture, corruption and other sectors.

In this report, we would verify 5 key claims made by President Nana Akufo-Addo during his address.

Claim: Nigeria has closed its land borders for the past five months

“I cannot ignore the difficulties that currently exist in ECOWAS, especially with Nigeria, our age-old friend and largest member nation, closing its land borders for the past five months.”

In August 2019, Nigeria’s President Muhammadu Buhari ordered the closure of the country’s land border with Benin to imported goods.

According to the Nigerian authorities, this was part of efforts to tackle smuggling and stimulate the domestic agricultural industry.

Subsequently, on October 14, the initial partial border closure was expanded into a total shutdown in trade with all other countries across Nigeria’s land borders.

This has meant a ban on both legitimate and illegitimate movement of goods in and out of Nigeria with no timeline for reopening the borders.

So, the claim by the President is true.

Claim: Current inflation at its lowest level since 1992

According to the Ghana Statistical Service, inflation as at January 2020 stood at 7.8%.

This rate of inflation for January 2020 is the percentage change in the Consumer Price Index (CPI)  over the twelve-month period, from January 2018 to January 2019.

So, GhanaFact rates the claim as false because the GSS will have to rebase the historical inflation figures to allow for honest comparison.

Claim: Fiscal deficit below 5% of GDP for three years in a row

“For the first time in over forty (40) years, we have had a fiscal deficit below five percent (5%) of GDP for three years in a row.”

According to the government, in 2018 and 2019 the fiscal deficit (on cash basis) recorded were 3.8% and 4.8% respectively. However, it is worthy of note that the computation by government excluded the cost of the one-off financial sector bailout.

This claim is rated false and the government needs to explain the reasoning behind its decision to exclude the financial sector cost in computing the fiscal deficit figures or it would amount to cherry-picking data for a parochial gain.

Claim: In 2018, Ghana was the largest recipient of foreign direct investment in West Africa

“The international investor community has recognized this development, resulting in Ghana, today, being the largest recipient of foreign direct investment in West Africa.”

The country is estimated to have received investments of about 3 billion dollars, which is 8% below FDI inflows for the year before.

Most of the FDI is oriented towards gas and minerals, with the largest greenfield investment project coming from Eni Group, which is set to expand the Sankofa gas fields.

The claim by the President is hence rated true.

“It bears repeating that agriculture was very much in the doldrums when we came into office, with a growth rate of 2.9%. We introduced the programme for Planting for Food and Jobs and set about to make agriculture an attractive profession. We invested resources, expertise and time, and the results have been impressive and rewarding. The growth rate in 2017 was 6.1%, and this increased to 6.4% last year.”

The 2016 and 2017 figures mentioned by the President are consistent with data released by the Ghana Statistical service captured in the Provisional 2006 to 2018 Rebased Annual Gross Domestic Product report.

But it should be noted that the agricultural sector declined in 2018 to 4.8%.

The 2019 growth rate figures for the Agricultural sector are meanwhile yet to be published by the GSS so it is curious the 6.4% figure being quoted by the President.

According to the 2020 budget statement, growth in the Agriculture Sector in the first half of 2019 was 2.7%. Subsequent data released by the GSS shows that in the third quarter the Agric sector recorded the highest growth of 5.9 per cent.

Meanwhile, the annual growth rate figure for the sector is expected to be released by the Ghana Statistical service at the end of the first quarter of 2020.

GhanaFact earlier rated the inflation claim as true but has since revised it. The claim is rated false upon an alert from a reader that GSS has stated that the current rebased inflation figures (base year 2018) are not comparable to the old inflation figures. 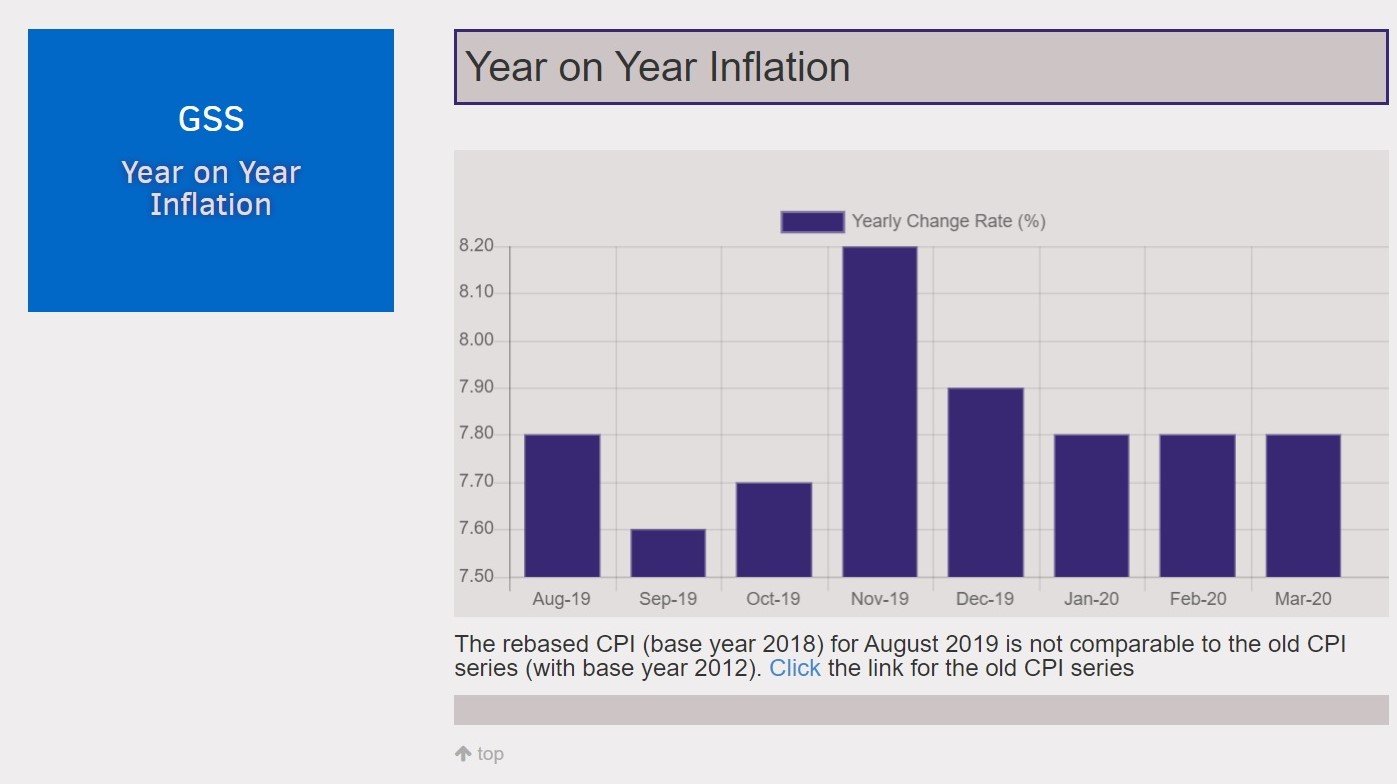