Claims: Two claims about the 50% increase in Communication Service Tax (CST) and allocations from revenue generated from the CST in 2020 Source: MP Samuel Nartey George Verdict: One true, one mixture 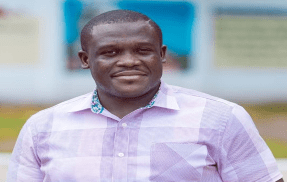 Claims: Two claims about the 50% increase in Communication Service Tax (CST) and allocations from revenue generated from the CST in 2020

Verdict: One true, one mixture

Ghana’s largest opposition party, the National Democratic Congress (NDC) as part of efforts to hold the government accountable has been embarking on series of fora to present their position on several issues of national importance to Ghanaians.

The seventh edition of the forum dubbed the “NDC’s moment of truth series” was addressed by Member of Parliament for the Ningo-Prampram constituency in the Greater Accra region, Samuel Nartey George.

Speaking from the national headquarters of the NDC on December 12, Sam George who is also a member of Parliament’s Select Committee on Communications, pooh-poohed some policy initiatives of the current administration in the communications sector.

Here is a fact-checked report on some of the MP’s claims.

“We call for an immediate withdrawal of the 50% increase in the Communications Service Tax,” the statement read by Sam George and emailed to the media by the NDC said, noting that the increase is causing unbearable hardships on Ghanaians.

But has the consumer tax truly been increased by 50%?

Finance Minister, Ken Ofori-Atta announced government’s intention to increase the Communication Service Tax to 9% from the initial 6% on Monday, July 29 when presenting the 2019 mid-year budget review statement to Parliament. In the mid-year budget, under the “2019 mid-year revenue measures” [page 28, paragraph 135, sub-section B], the minister said:

“Government proposes to increase the tax [CST] to nine percent to develop the foundation for the creation of a viable technology ecosystem in the country.”

Economist and President of CSO-New Era Africa, Bernard Owusu-Mensa in an interview with GhanaFact said, “this is obvious, the rise translates into a 50%increase.”

Claim: GHS10 million out of the whopping GHS436, 540,000 to be collected from CST has been allocated to the Cyber Security Authority

“Only GHS10 million out of the whopping GHS436, 540,000 to be collected from CST has been allocated to the Cyber Security Authority,” the MP’s statement reveals.

How accurate is this claim?

This was further reiterated by the Minister of Communications, Ursula Owusu-Ekuful at the Ministry of Information, Meet the Press on December 13, 2018.

About one year on, the 2020 budget is silent on the formation of the Authority while allocating 10 million to the Ministry of Communication for “Cyber security” [Appendix4A, page 218, Item 29].

According to the 2020 budget, GHS436, 540,000 is expected to be generated from the Communication Service Tax for the fiscal year [Appendiix 3A, page 214, taxes on domestic goods and services].

However, the budget does not state if the 10 million Ghana cedis allocated for cyber security is drawn from the CST revenue and a study of the 2019 CST Amendment (ACT 998) shows there is no specific provision regarding the use or purpose of the additional revenue to be generated as a result of the increase in the tax rate.

“That must have been an error because we sent out my statement before I did the presentation. I ensured that in my oral submission the correction was made,” Member of Parliament Sam George stated in an interview with GhanaFact.

In the video clip of the legislator’s presentation which was streamed live on Facebook by the “NDC National Communications Bureau” and has since been viewed 8,300 times, shared 113 times and had 77 comments, he said [between minutes 10:12-10:40]:

“Only GHS10 million out of the whopping GHS436, 540,000 to be collected from CST has been allocated to the Cyber Security centre.”

So, while the Member of Parliament was right about the revenue to be generated from CST. His claim that 10million cedis was to be drawn from the CST revenue and allocated to either the Cyber Security Center or the Cyber Security Authority is inaccurate, hence the rating mixture.

CST was originally imposed by the government in 2008 for revenue generation and possibly to enhance its public acceptability, a fraction not exceeding 20% of revenue generated was to be dedicated to finance the National Youth Employment Programme (NYEP).