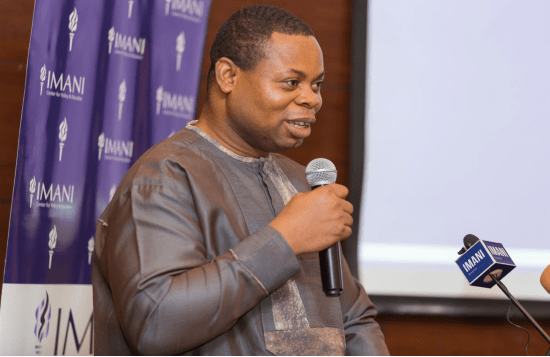 A facebook post made by the President of CSO-IMANI Ghana, Franklin Cudjoe more than a year ago has resurfaced and is being widely shared on social media.

The facebook post which has now been mainstreamed by online news portals (Starrfm.com.gh and Ghanaweb) is being portrayed as a response to Ghana’s President Nana Addo Dankwa Akufo-Addo after he rejected IMANI’s low rating of his government.

However, the vociferous civil society activist has since said his post was maliciously edited by unknown persons and is being misrepresented.

“I never wrote ‘we shall be here to celebrate your defeat’ which the malicious human malware inserted and spreading around.”

Here is a rejoinder he posted on his facebook page. 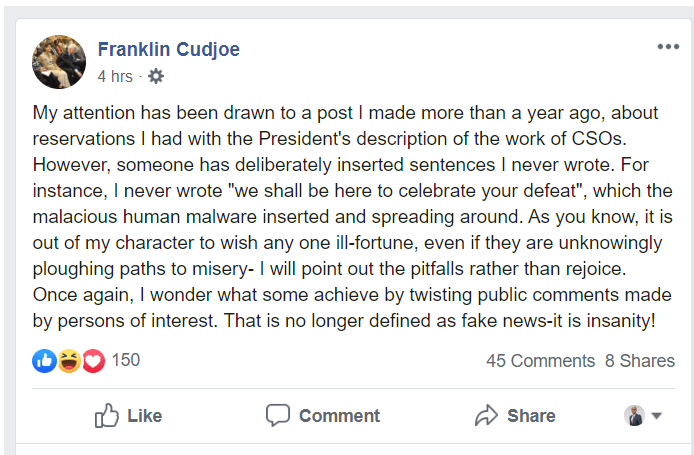 “I never thought you could actually INSULT US,” is the only addition he made to his original post which has since been shared 88 times and generated 206 comments.

Nowhere in Mr. Cudjoe’s 2018 post did he say, “we shall be here to celebrate your defeat.” 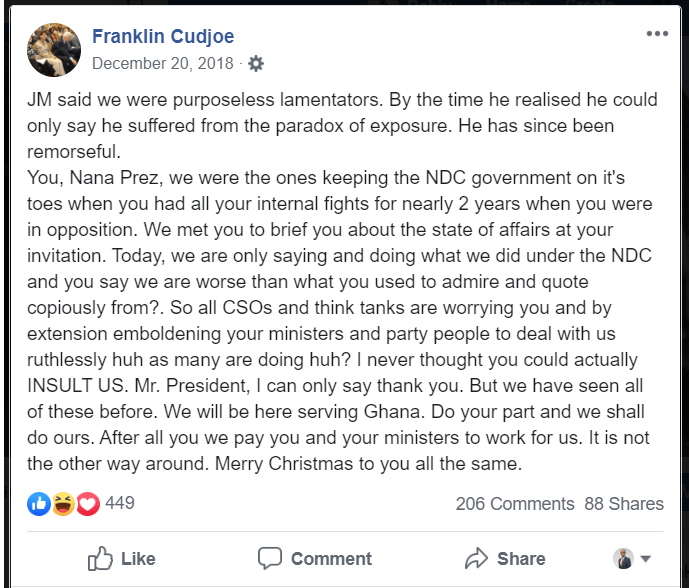 The 2018 post by the civil society activist was a response to President Nana Addo after he criticized the work of CSOs as a needless resistance to the introduction of pro-poor policies by his government.

This is contrary to the current reports by some online platforms that the facebook post was a response to President Nana Addo for rejecting IMANI’s 48% score of the government in terms of fulfilling their campaign promises.

The President and his administration insist they have fulfilled about 72% of their promises even though the complete data is yet to be made public.

The viral post claims President of CSO-IMANI Ghana, Franklin Cudjoe will celebrate an NPP election defeat. Subsequent online reports on the post also portrayed it as a response to Ghana’s President Nana Addo Dankwa Akufo-Addo after he rejected IMANI’s low rating of his government.

But following GhanaFact checks, the claims are rated False. That is, the primary claim(s) of the content are factually inaccurate.