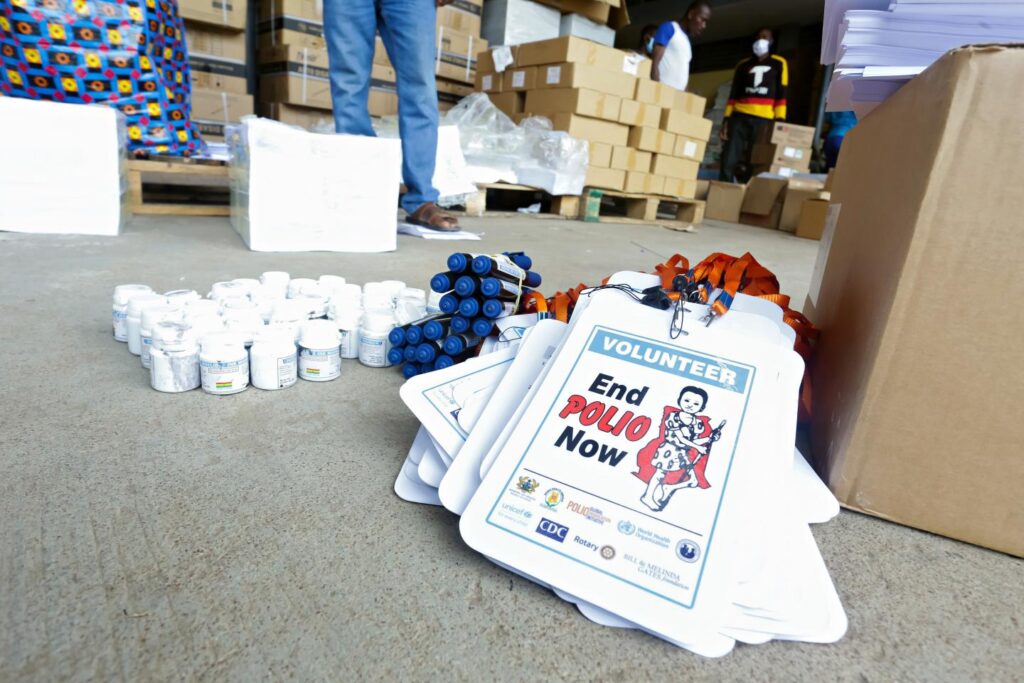 The Ghana Health Service (GHS) is rolling out round two of the polio vaccination exercise, starting October 6 to October 9, 2022, in line with the World Health Organization’s resolution toward polio eradication.

The exercise targets children below age 5 across the 16 regions of the country and is expected to increase population immunity against the Type 2 Poliovirus and break the transmission of the disease.

“This follows the confirmation of circulating vaccine-derived poliovirus type 2 (cVDPV2) in the country from two acute flaccid paralyses (AFP) cases; one each from North Gonja District in Savanna Region and West Mamprusi in North East Region,” the World Health Organization said.

The first round of the vaccination exercise happened between September 1 and September 4, and Over six million children across the country are expected to receive the novel Oral Polio Vaccine Type 2 (nOPV2) at the end of both exercises.

Poliomyelitis, popularly known as polio, is a crippling disease resulting from infection with any of the three related poliovirus types – P1, P2, and P3, mainly affecting children under age 5.

According to UNICEF, between July 2019 and August 2020, a total of 31 children were paralysed in Ghana due to polio.

How the Oral Polio Vaccine works

With no cure, “the polio vaccine, given multiple times, can protect a child for life. More than 18 million people are able to walk today who would otherwise have been paralysed, since 1988, when the Global Polio Eradication Initiative was launched,” the World Health Organization noted.