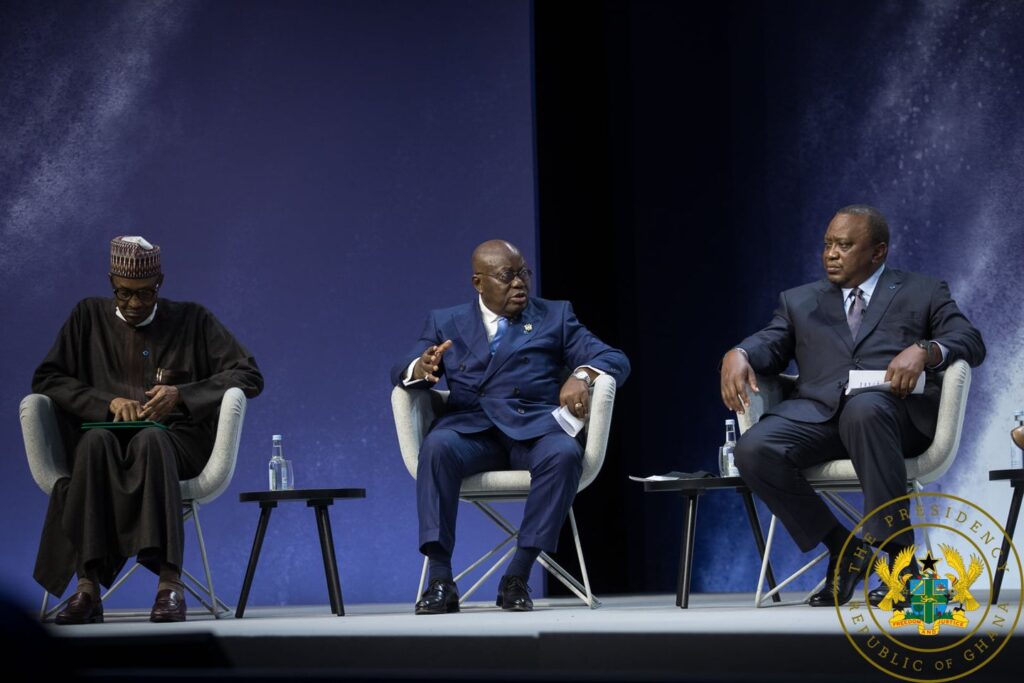 Claim: Ghana is spending 23% of its budget on education

Is Ghana currently spending 23% of its total national budget on education?

That is the claim made by President Nana Akufo-Addo during a panel discussion at the Global Education Summit in London, while flanked by colleague African Heads of State from Nigeria, Kenya, Togo, and business mogul, Aliko Dangote.

“I can not see that making sure that the population is healthy and also the population is getting educated can be conflicting aims… We have to make efforts to achieve both targets and that is what we are trying to do in Ghana. We’re spending as we speak now some 23% of our budget on education. It’s one of the highest on the continent, and we intend to ramp it up even more,” President Nana Akufo-Addo said in response to a question from the moderator.

The claim has since been republished in a tweet by the State Broadcaster, Ghana Broadcasting Corporation (GBC) and attributed to the Ghanaian leader.

But how true is the claim? 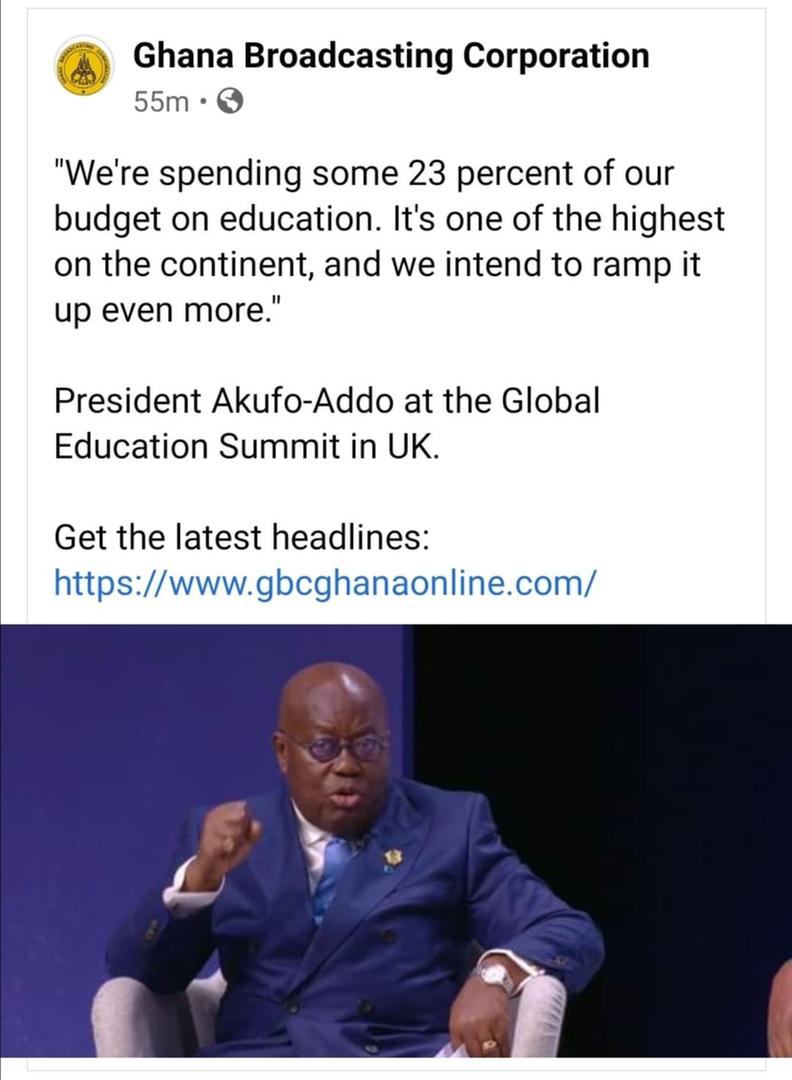 The World Bank and UNICEF have made reference to this methodology in their computation of the Ghana government expenditure on education (current, capital, and transfers) over the years (here and here).

Meanwhile, thirty(30) civil society organisations (CSOs) in the education sector led by Africa Education Watch have stated that “in 2021, Ghana has allocated about GHC 15.6 billion, representing 14% of total national budget to education. That’s about 4% of 2020 GDP.”

This is contrary to the claim by the President that Ghana is spending 23% of its national budget on education.

The CSOs position was captured in a petition sent to President Nana Akufo-Addo ahead of the Global Education Summit and published in the state-owned daily newspaper, The Daily Graphic on July 27. 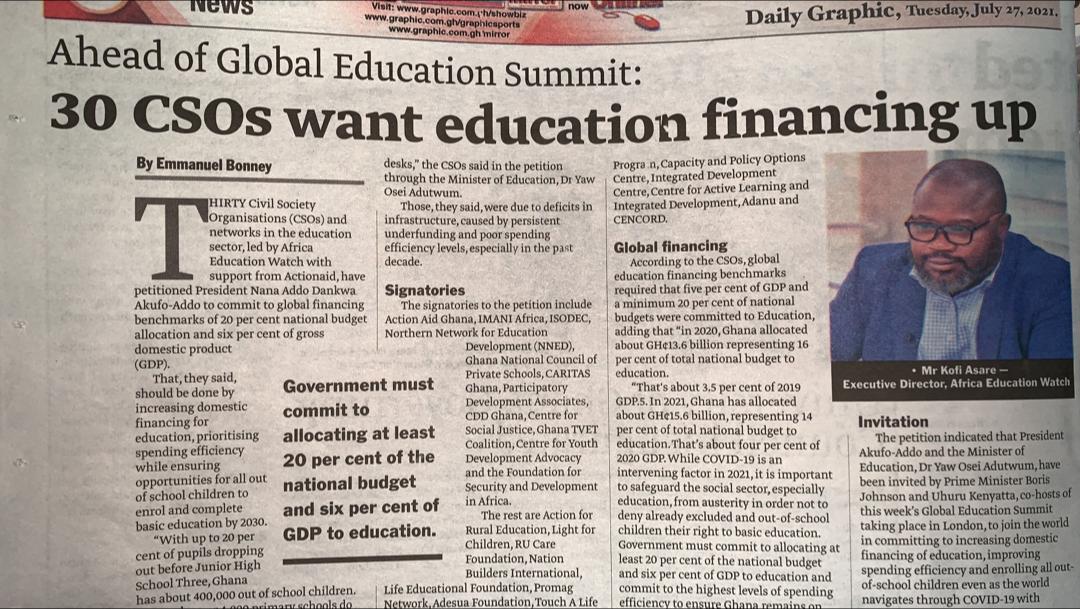 “You can independently verify from the 2021 Budget presentation to ascertain how much was allocated to education. Look for the amount allocated to the Ministry of Education and you’ll see that this time around they’ve added the Free Senior High School so it is even straightforward. In previous years Free Senior High School was under the office of government machinery. But this time around it has been brought under Education Ministry so you can easily tabulate the total as a percentage of the total expenditure being allocated to the national budget,” Executive Director of Africa Education Watch told GhanaFact.

Checks by GhanaFact from the 2021 Budget Statement and Economic Policy showed total allocation to the Ministry of Education was more than 15.6 billion cedis while total expenditure was also more than110 billion cedis.

From the available data, total government expenditure on education is 14.20% and not 23% as suggested by President Akufo-Addo. 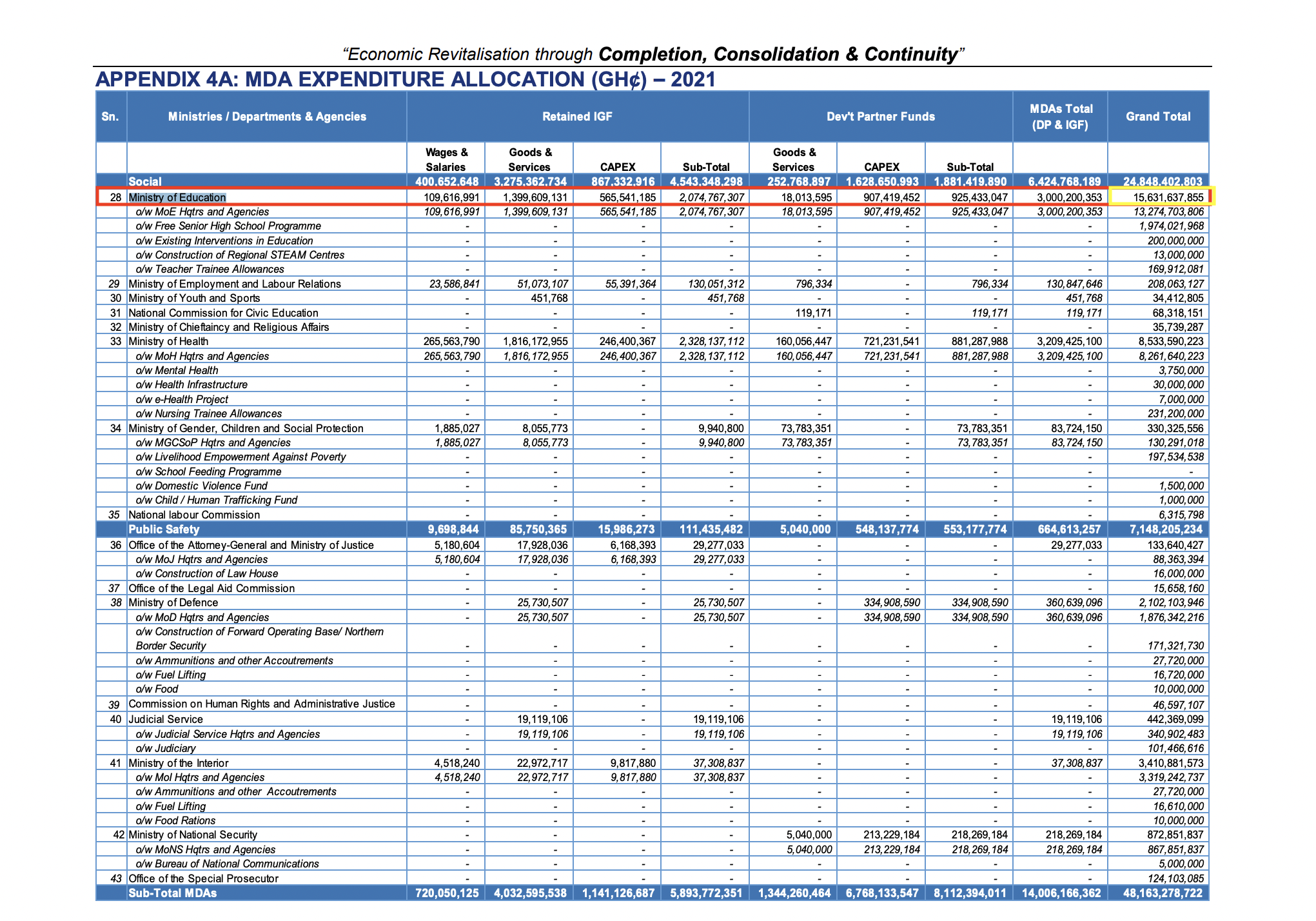 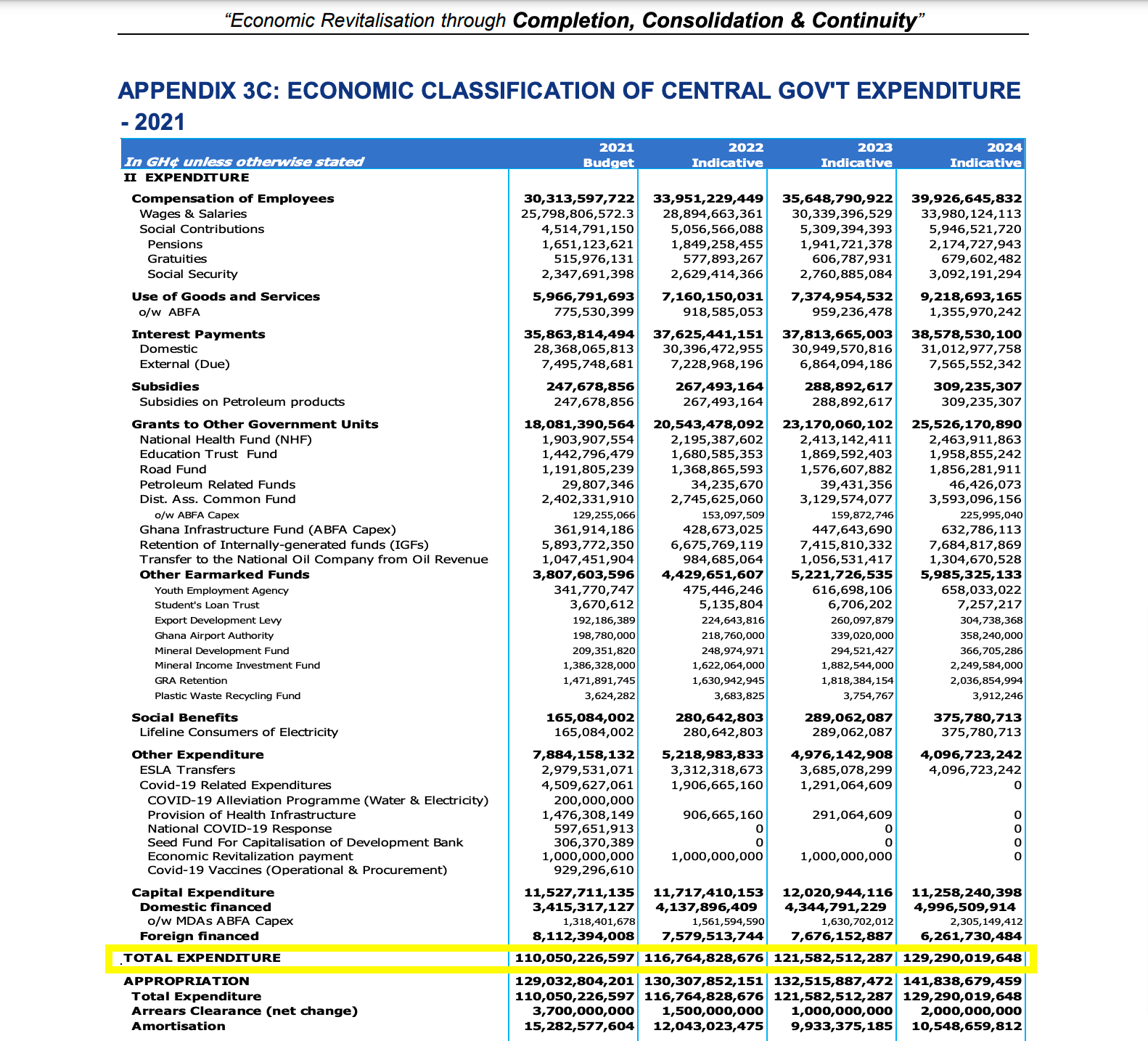 Efforts to reach the Ministry of Education to respond to our findings proved futile. But GhanaFact will duly update this report if we get a response.

The claim that Ghana is spending 23% of its total national budget on education is inaccurate and FALSE.

PrevPreviousFACTSHEET: Will delay in receiving 2nd dose of COVID-19 vaccine affect it’s effectiveness?
NextBird Flu in Ghana: No human infections yet, but more than 41,000 birds culledNext