Amidst a global pandemic and a deployment of social media political marketing like Ghana has never seen before, a team of fact-checking journalists work around the clock to fight misinformation. 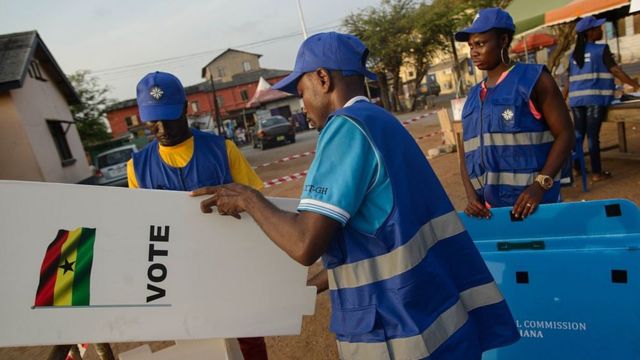 In the middle of a global pandemic, Ghana organized presidential and parliamentary elections. This was uncharted territory, and the dynamics were markedly different.

For the first time in the country’s history, a sitting president, Nana Akufo-Addo, and a former president, John Mahama were going head-to-head in an election that was playing out as much on social media as on rally grounds across the country.

GhanaFact which is the country’s first full-time fact-checker signatory to the International Fact-Checking Network (IFCN) has since 2019 been flagging COVID-19 dis/misinformation, fake news, misleading political claims and verifying political promises. The anticipated information explosion ahead of the polls meant many were concerned about targeted fake news during the period and the need for fact-checking to stop the weaponization of misinformation online and prevent chaos.

Already, the COVID-19 pandemic has triggered a digital transformation in several spheres of life, with virtual conferencing and remote work becoming a mainstay. This obviously had an impact on political campaigns in Ghana fashioned around the aggressive digital media election campaigns that played out in the United States of America and the United Kingdom.

Social media added a new layer to the political marketing strategy of the main political parties ahead of the December 7 Ghana election. Not different from the 2016 attempt to reach Ghanaians online, this was however a great leap from the passive approach in the previous election.

The opposition National Democratic Congress (NDC) has meanwhile rejected the results citing “overwhelming evidence” of irregularities. Some errors in the election results released by the Electoral Commission appear to have added to the growing suspicion about the credibility of the polls. This has allowed for targeted misinformation around the figures, with fake news being used to sow doubt into the electoral process.

The wave of misinformation seen during the election period was more pronounced on three key days which included the day before the election, the day of the election and the day after polls were closed.

One of our crucial fact-checks ahead of the declaration of the closely fought election was a viral screenshot taken from a 2016 CNN video coverage of Ghana’s elections which was being misleadingly passed around to mischaracterize the image/footage. The claim being that CNN had called the 2020 election for the opposition leader, John Mahama.

Our preparation for the polls involved firming up collaborations to ensure effective information gathering and dissemination, resulting in the creation of the largest fact-checking collaboration in Ghana’s history.

We collaborated with the largest local election observer group -Coalition of Domestic Election Observers (CODEO); we were co-opted onto the National Elections Response Group of the West Africa Network for Peace Building (WANEP), and were actively involved in the situation rooms of these two leading Civil Society Organizations helping flag misinformation on election day.

We touched base with the EU Observer Mission in Ghana, Commonwealth Observer Group and partnered with DW to fact-check some political promises ahead of the election. The team also built a network of fact-checkers across Ghana, which involved more than 100 journalists across 35 traditional media organizations in the 16 regions of the country to flag misinformation and help republish fact-checks to increase reach.

We also partnered with technology and internet companies including Meedan and Facebook, using Meedan’s check platform that allows for annotation of our fact-checks and visualization of the text for easy read and publication. With Facebook being the leading social media platform in Ghana, we established an integrity partnership to ensure flagged misinformation on their platform was not weaponized.

A research paper published by the University of Exeter – “Social Media, Cyber Battalions, and Political Mobilization in Ghana” has revealed how the two dominant political parties in Ghana were recruiting social media communications officers to spread partisan narratives which are sometimes misleading on social media.

To be effective in spotting misinformation, GhanaFact adopted a decentralized public alert approach. We operated a WhatsApp tip line, encouraging the public to alert us to suspicious claims across social media and deployed a team of eleven fact-checking journalists to help effectively debunk misinformation.

Majority of the claims received before the December 7 election bordered around the challenges identified during the “special voting” exercise six days earlier, involving more than 100,000 Ghanaians.

GhanaFact duly produced explainer articles/factsheets to inform the public about the “special voting” process and how voters can verify their names on the electoral roll before the day of elections. Due to the spike in the spread of misinformation, we investigated and published a list of cloned websites and satire platforms people should pay attention to and not be swayed by.

With two of our fact-checking journalists operating from the situation room of the largest local election group, CODEO, and the West Africa Network for Peace Building election situation room, the team could contact more than 5,000 election observers spread across the country to verify claims.

In total we had 112 alerts across all platforms and produced 62 debunks either via the check platform, direct replies on social media or via the GhanaFact website, plus 13 explainers seeking to guide the public on various topics ahead of the elections. Our fact-checks ranged from videos being misleadingly misrepresented, verifying doctored images, and claims about happenings in various parts of the country.

In the last few years, Ghana has seen a rapid increase in internet access with a 48% internet penetration rate. This has come with the proliferation of news content creators including blogging websites, satire news, citizen journalists and “rented propagandists” doing the bidding of politicians online.

These actors are largely the initiators of misinformation on social networks and messaging platforms in Ghana. Unfortunately, these actors have a large following on social media from publishing click baits and misleading stories and earn from advertisements and their engagements on social media. So, fake news peddlers seem to be in fashion while credible news platforms are having to work twice as hard to get the news across and are being tempted to adopt some of the dark arts of gaining the public’s attention.

However, our experiences have shown that fact-checking/journalism when done with a focus on audience participation promotes ownership and earns the public’s trust. The rebounding of trust in news media due to the coronavirus infodemic can be consolidated by the media paying attention to the basics of the profession’s ethics of verifying and getting it right than first. Ghanaians joined in on our fact-checking of the elections by sending us claims and alerting us to peddlers of falsities, for us to do the needed verifications and that inspires our hope that fact-checking in Ghana has come to stay.

Credible media organizations in Ghana must remain steadfast in their commitment to producing reliable, accurate and verified news. The shiny new thing of producing click baits and misleading content must not distract from their core duty to provide the public with the truth. When this is done with diligence, striking the needed collaboration with fact-checkers and a focus on audience engagement, the public will see through the chaff and journalism will be the winner.

PrevPreviousFALSE: Viral video shows EC declaring John Mahama as President-Elect of Ghana
NextCOVID-19: Find out when students will return to school in GhanaNext