FACTSHEET: Polio vaccines and what you need to know 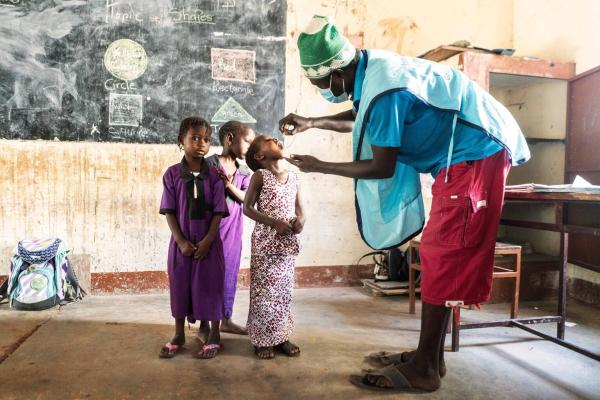 Poliomyelitis popularly known as polio is a crippling disease that results from infection with any one of the three related poliovirus types – P1, P2, and P3.

The disease mainly affects children under age 5. But anyone of any age who is unvaccinated can contract the disease as well.

With no cure, “the polio vaccine, given multiple times, can protect a child for life. More than 18 million people are able to walk today who would otherwise have been paralysed, since 1988, when the Global Polio Eradication Initiative was launched,” the World Health Organization noted.

Inactivated Polio Vaccine (IPV) is produced from wild-type poliovirus strains of each serotype that have been inactivated (killed) with formalin.

It is an injectable vaccine.

This type of polio vaccine can be administered alone or in combination with other vaccines – that as diphtheria, tetanus, pertussis, hepatitis B, and Haemophilus influenza.

Generally, three spaced doses are administered to generate adequate levels of seroconversion, and in most countries, a booster dose is added during late childhood.

Meanwhile, the Oral Polio Vaccine (OPV) consists of a mixture of live attenuated poliovirus strains of each of the three serotypes, selected by their ability to mimic the immune response following infection with wild polioviruses.

“But with a significantly reduced incidence of spreading to the central nervous system,” the WHO emphasized.

How the Oral Polio Vaccine works

In 2020, with the help of health professionals and trained volunteers, Ghana vaccinated more than 4.6 million children. The exercise was conducted in the Ashanti, Central, Eastern, Greater Accra, Volta, Upper West, Western, and Western North regions.

“The response vaccination campaigns became necessary after the country confirmed the outbreak of circulating vaccine-derived poliovirus type 2 (cVDPV2), and the subsequent declaration of public health emergency of national concern by the Ministry of Health.”

PrevPreviousWorld Hepatitis Day: What you need to know about the disease that can cause liver cancer
NextMarburg Virus Disease Update: No active case of virus in GhanaNext