FACTSHEET: Is it safe to eat chicken and eggs as Ghana confronts a bird flu outbreak? 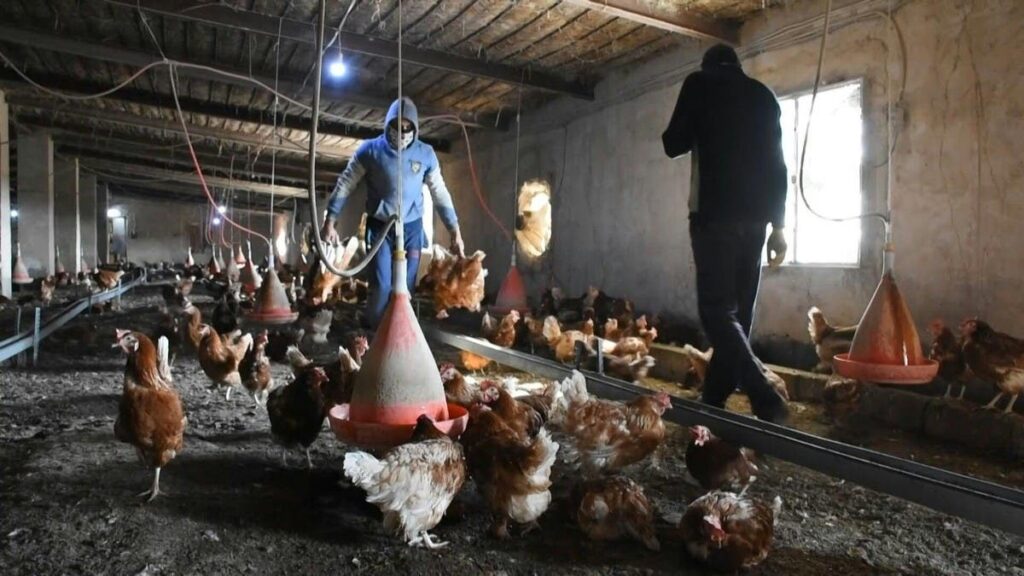 Is it safe to eat chicken and eggs as Ghana confronts a bird flu outbreak?

The Highly Pathogenic Avian Influenza disease (H5N1) has already killed thousands of birds since the government confirmed the outbreak on July 16, with the country losing 12,000 birds in the last week.

According to the Veterinary Services Directorate, 36 poultry farms and 58,349 birds have been impacted as a result of the H5N1 virus across four regions of the country – Volta, Central, Ashanti and the Greater Accra regions.

“Out of this, 23,719 birds died naturally while 34,630 birds were destroyed for containment,” a Risk Communicator at the Veterinary Services Directorate, Dr Benjamin Sasu told GhanaFact.

Bird flu is a type of influenza virus (H5N1 virus) that causes severe respiratory diseases in birds and can spread to humans, according to the World Health Organization(WHO).

The followings are the regional breakdown of the outbreak in Ghana 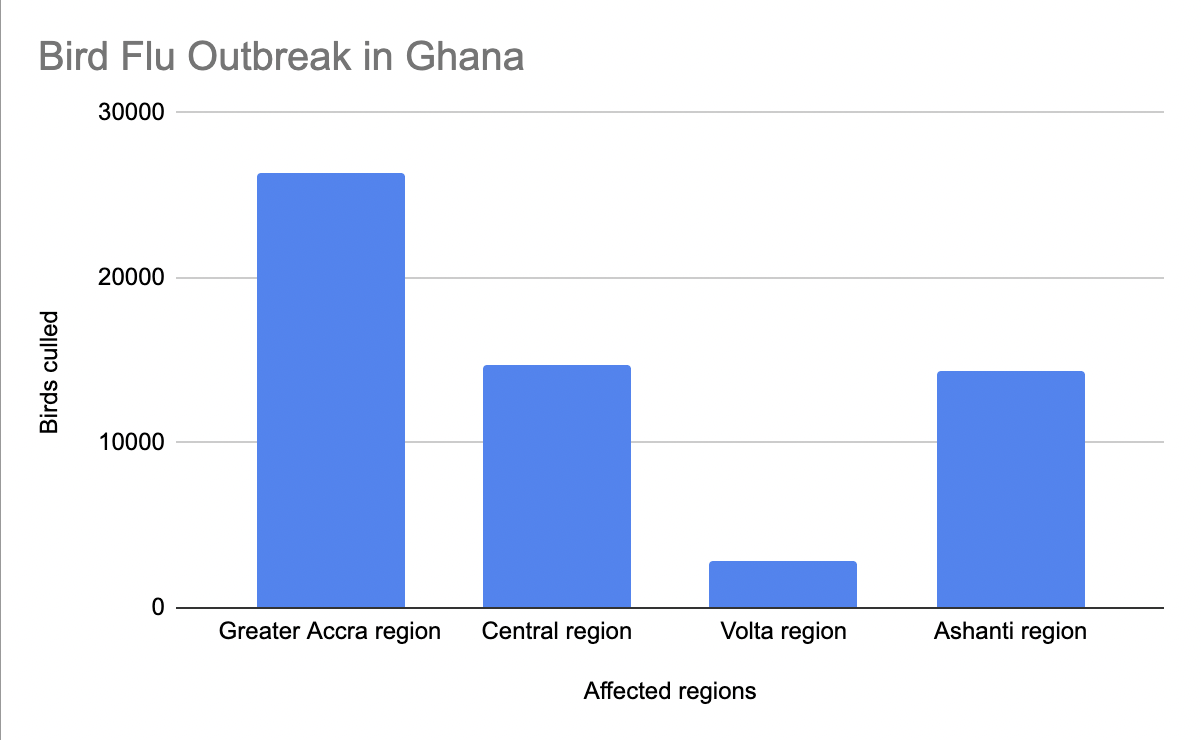 Yes, it is safe to eat poultry meat and eggs. “There is no epidemiological evidence to indicate that people have been infected with the H5N1 virus following consumption of properly cooked poultry or eggs,” the World Health Organization (WHO) has stated.

Conventional cooking (temperatures at or above 70°C in all parts of a food item) will inactivate the H5N1 virus, so properly cooked poultry meat is therefore safe to consume.

“It’s still safe to continue to eat our eggs and chicken. Let’s cook them well and don’t eat already dead birds. They are unwholesome even during times with no bird flu outbreak,” Dr Benjamin Sasu said.

The primary risk factor for human infection appears to be direct or indirect exposure to infected live or dead poultry or contaminated environments, such as live bird markets.

“Slaughtering, defeathering, handling carcasses of infected poultry, and preparing poultry for consumption, especially in household settings, are also likely to be risk factors.” the WHO further stated.

The H5N1 virus, if present in poultry meat, is not killed by refrigeration or freezing.

No human infection in Ghana

Meanwhile, the Veterinary Services Directorate has confirmed that all samples taken from people directly working with the affected birds in Ghana didn’t yield a positive result for the virus.