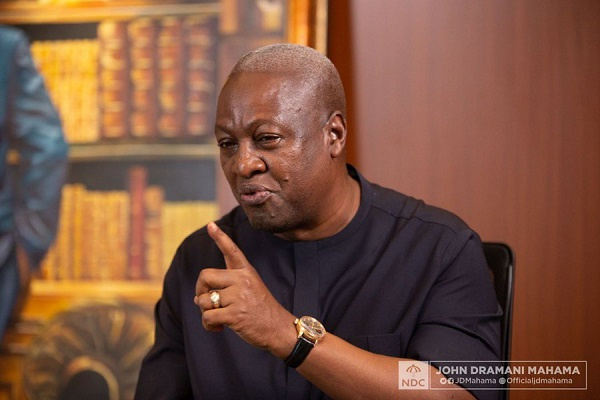 A viral video is being wrongly portrayed as showing former President John Mahama visiting victims of the Ejura shooting incident in the Ashanti Region.

A 43 seconds long video showing the former President accompanied by a group of people and interacting with a wounded man is being portrayed as a visit by the leading member of the opposition NDC to victims of the military shooting incident in Ejura that has led to the death of 2 protestors.

However, available evidence shows the video is being mischaracterized and is not related to recent happenings in Ejura as claimed. The video which is being widely circulated on various social media platforms can be found on Facebook (here and here ) and on YouTube (here).

Background to the claim

Two protestors in Ejura were gunned down by some military persons on June 29, with four others sustaining gunshot wounds. The soldiers were sent into the community to maintain peace and manage protests following the murder of a social media activist, Ibrahim Mohammed. However, the military personnel shot into a crowd of demonstrators, leading to some casualties.

The government has since set up a 3-member committee to enquire into the disturbances at Ejura.

Meanwhile, three suspects have been arrested in connection with the murder of Ibrahim Mohammed.

No credible local media organisation has reported the claim, our checks show.

Meanwhile, former President John Mahama in a post on his official Facebook page has said: “the video circulating of my visit to injured persons in a hospital is an old one, and has no link to current developments in Ejura.”

Therefore, the claim is rated MISLEADING because the video is mischaracterised.

PrevPreviousCONFIRMED: 2 dead, 4 injured in Ejura after military officials fire live ammunition into a crowd of protestors
NextFALSE: COVID-19 vaccines do NOT cause phones or magnets to stick to your skinNext