FALSE: Ghanaian police officer poisoned to death by a colleague 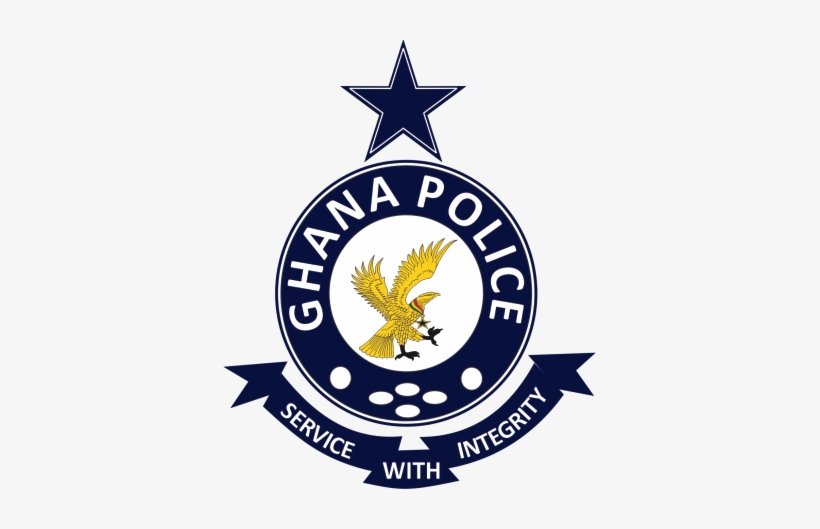 Claim: Ghanaian police officer poisoned to death by a colleague

Has a Ghanaian police officer been poisoned to death by his colleague after a night out to celebrate a promotion?

That is the claim making the rounds on Facebook, Twitter and WhatsApp, with a 16-second-long video clip and accompanying text being shared to support the assertion.

The video shows three men dancing to loud music, with one of the men holding a cup with some unknown liquid content. The short clip shows another person ostensibly dropping a substance into the cup.

The accompanying text that comes with the video claims: “So Sad The man holding the cup was a police officer who got promoted to the rank of inspector, his friends took him out to celebrate his promotion, he died the next morning at the Sunyani police clinic. Thanks to technology the prime suspect and the possible killer was arrested, guess what? he’s also a police officer. Please let be extra careful. ??????Pls watch the video carefully and see how one amongst them dropped something in another’s drink. Let’s be vigilant during merrymaking.”

The video and text have been shared by a Facebook page, Ghanastarwars.com chief editor that has more than 370,000 followers. 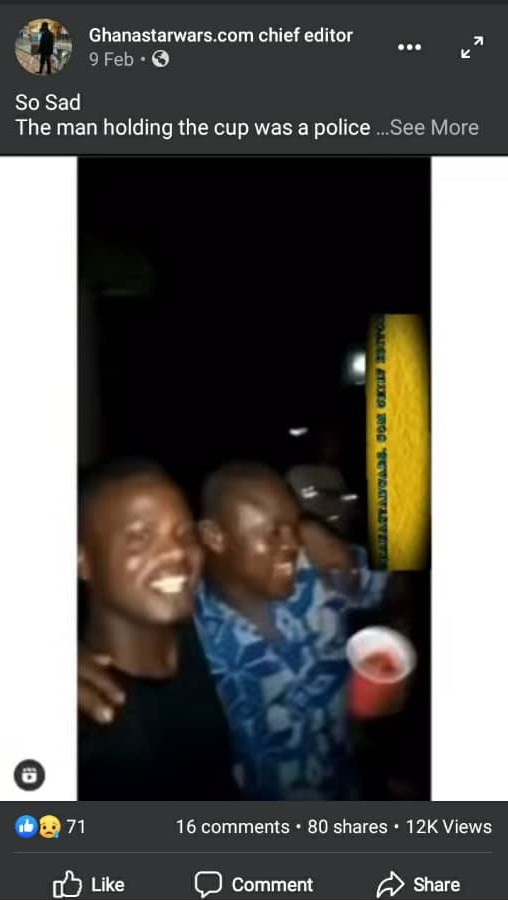 The Bono Regional Police Command has dismissed the claim as false.

“The Regional Police Command has intercepted the video and upon careful observation of the Video, there is no policeman involved,” a statement signed by the Deputy Regional Commander, ACP Baba Saanid Adamu said. 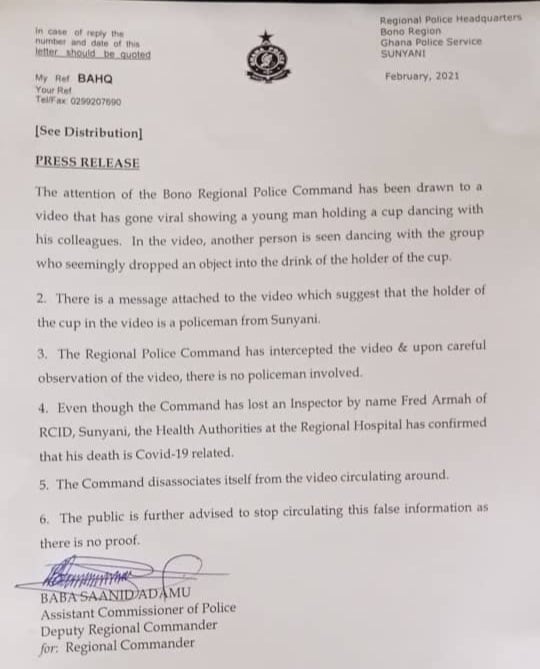 The claim that a Ghanaian police officer has been poisoned to death by a colleague is false.