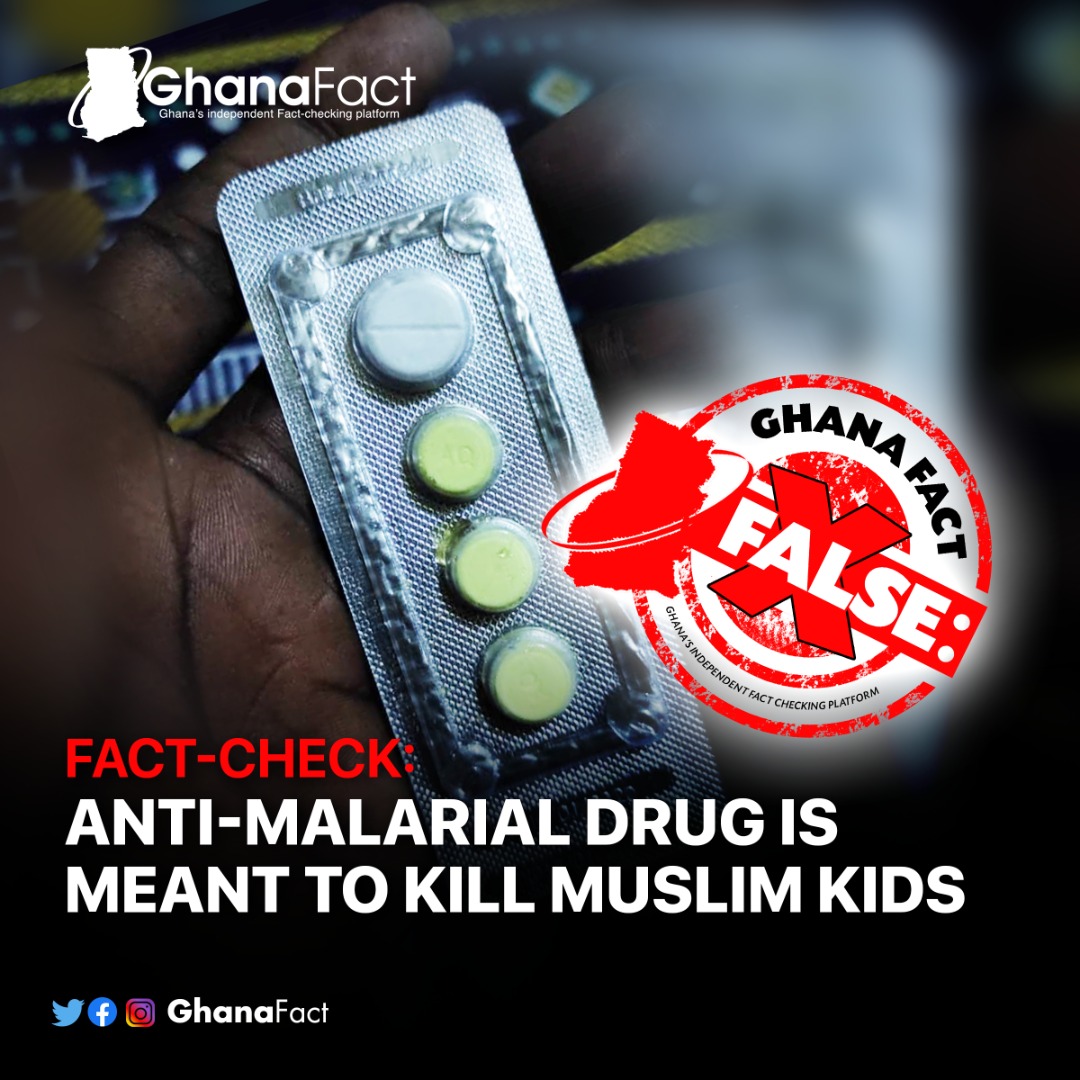 An audio clip that is being shared on WhatsApp claims antimalarial drugs being administered to children across Ghana is meant to rather kill Muslim kids.

The audio clip comes with a picture of an unlabeled drug that looks like the antimalarial drug popularly referred to as “SP” being distributed in Ghana under the Seasonal Malaria Chemoprevention (SMC) by the National Malaria Control Programme (NMCP).

Seasonal Malaria Chemoprevention is the intermittent administration of full treatment courses of an antimalarial medicine to children in areas of highly seasonal transmission during the malaria season. 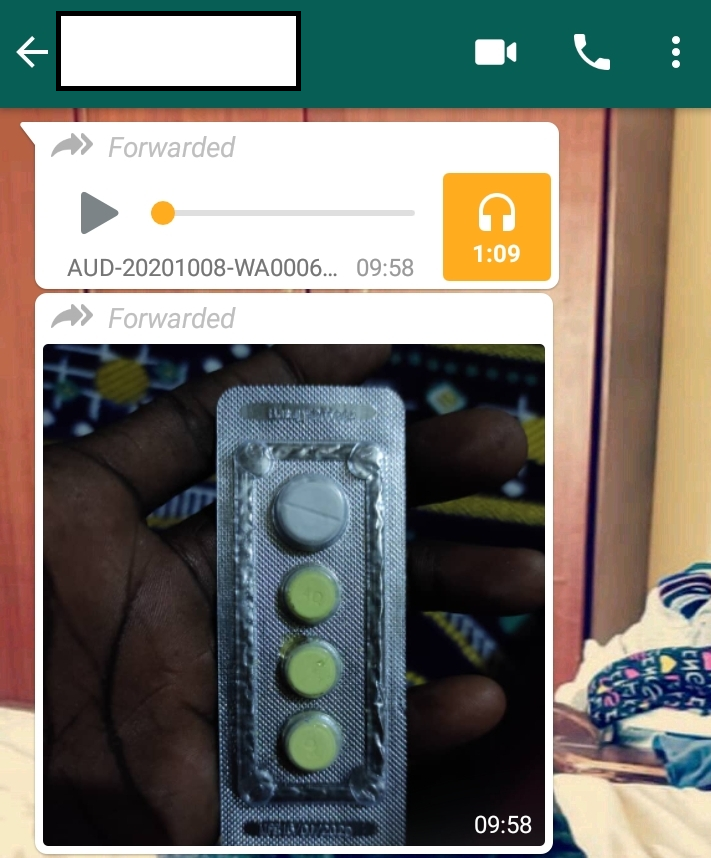 In the 1 minute, 9 seconds long voice note, a lady speaking Hausa- a widely spoken language in Zongos and the Northern parts of the country, is heard partly saying:

“The antimalarial drug for children being distributed does not treat malaria, they are lying. If you administer the drug to your child, it either kills the child or causes mental illness. Let us share this message to save Muslim children.”

Ghana, the 12th highest-burden malaria country in the world in 2018, also has 3% of global malaria cases, according to the World Health Organisation (WHO) 2019 Malaria Report.

The second-largest cocoa producer and exporter in the world recorded the sharpest increase in absolute malaria cases in 2018 (8%), followed by Nigeria (6%), which is the highest-burden malaria country in the world.

Although some gains have been made recently due to the adoption of preventive measures, malaria continues to be the leading cause of outpatient attendance in Ghana.

Children below the age of five and pregnant women are the most vulnerable groups affected by malaria due to their lowered immunity, according to the WHO.

GhanaFact in verifying this claim forwarded the audio note and picture to the Ghana Food and Drugs Authority (FDA), who confirmed that the drug in question was called sulphadoxine-pyrimethamine plus amodiaquine,  popularly referred to as “SP”.

“We test the drugs to determine its efficacy and toxicity before we allow its distribution. It doesn’t kill kids,” Head of Drugs Market Surveillance Department at the FDA, Vigil Prah Eshun told GhanaFact.

The National Malaria Control Programme (NMCP) is responsible for coordinating Ghana’s efforts to control and eliminate malaria and according to an Epidemiologist with the programme, Dr Kofi Boakye Adomako, “The drug shown in the claim is sulphadoxine-pyrimethamine plus amodiaquine (SP+AQ). It is administered to children under five to protect them against malaria infections during the malaria season (July to October).”

The drug is administered to prevent malaria disease among children under five throughout the high malarial risk period.

“A lot of children were dying from malaria in the northern regions during the rainy season so we had to roll out special interventions (SMC) in 2015 to tackle the problem. We have never recorded SP-associated deaths or serious illness since we started the programme in 2015.” Dr Kofi Boakye Adomako said.

However, a small number of reactions such as nausea, mild skin rashes, skin itching, and mostly vomiting caused by the unpleasant smell of the medicine are recorded.

The exercise took off in July and has so far covered the Northern, North East and Savannah regions, with the last phase scheduled to commence this week in the Upper East and Upper West regions.

“We are ending the exercise this month[October]. We are done with three regions and not a single death or serious illness caused by the SP had been recorded,” Dr Kofi Boakye Adomako said, adding that the audio clip is “fake and intended to smear the campaign.”

The claim that an antimalarial drug being administered to children across Ghana is meant to kill Muslim children is false.