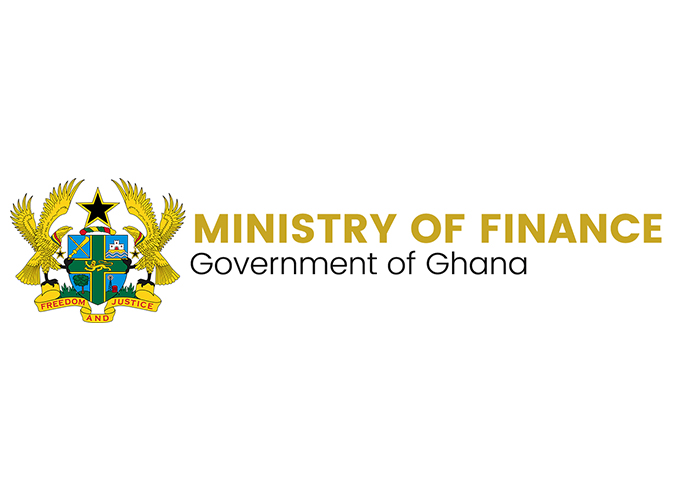 A letter allegedly issued by the Finance Ministry with the headline,” Government intervention in Menzgold saga” is being widely shared on Facebook, WhatsApp and Twitter.

According to the viral letter which has been signed by an unknown official at the public relations unit of the ministry, “following persistent petition[s] by the customers of Menzgold to the President of the Republic Nana Addo Danquah Akufo-Addo over their locked up funds, His Excellency the President has directed the Finance Minister to meet with leaders of the customers in finding state-led solution to the problem as soon as possible.” 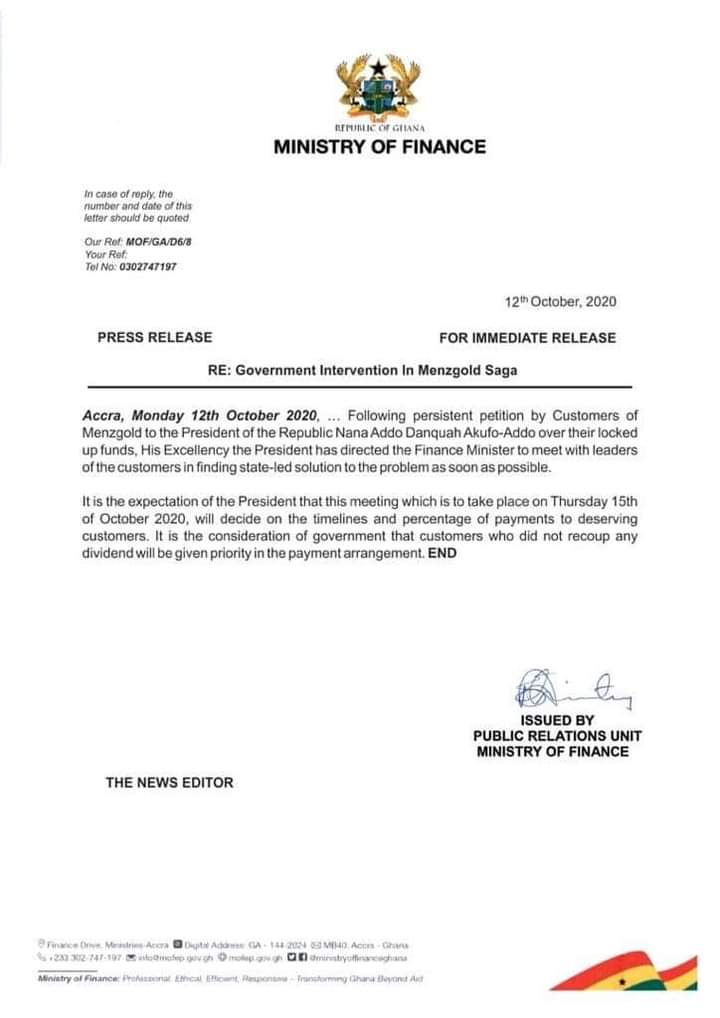 A Plus shares viral letter

A musician and Social media activist Kwame Asare Obeng, popularly known as A Plus shared the letter to his more than 340,000 followers on his verified Facebook page.

The leader of a pressure group, The People’s Project, said as part of his post that “Akufo Addo says he is going to pay Menzgold customers so that they can vote for him. If he says he will pay make sure you guys take the money before 7th December ooo. If he tells you stories and you fall for it and vote for him forget it. After election he won’t pay. Open your eyes.”

The post has since generated more than 2,200 Facebook interactions including 175 shares, and 550 comments at the time of publishing this report.

“Yes. I can confirm that we didn’t issue any such press release. It is fake news,” Head of Public Relations at the Ministry of Finance, Cecilia Isabella Akwetey told GhanaFact.

The National Vice Chairman of the Coalition of Aggrieved Customers of Menzgold Ghana (CACM), Francis Owusu in an interview with GhanaFact said even though he has sighted the letter, “our checks at the ministry has revealed that it is not coming from the ministry.”

GhanaFact was unable to reach Kwame Asare Obeng for a comment before publishing this report. We would duly update this fact-check when we get a response.

Ghanaian gold dealership and investment firm, Menzgold was shut down in September 2018 by the Ghana Securities and Exchange Commission, after the Bank of Ghana accused the company of operating without a license.

Thousands of Ghanaians have had their monies locked up in the now-defunct company and according to the Coalition of Aggrieved Customers of Menzgold Ghana (CACM), they have “over 50,000 members” across the country.

The Chief Executive Officer of the defunct gold dealership firm, Nana Appiah Mensah, aka NAM 1 is currently facing charges of defrauding by false pretences in court.