In less than a week, online portal- myafricatoday.net has published two (2) stories about Dr Paa Kwasi Nduom and Prof Stephen Adei that have turned out to be false. 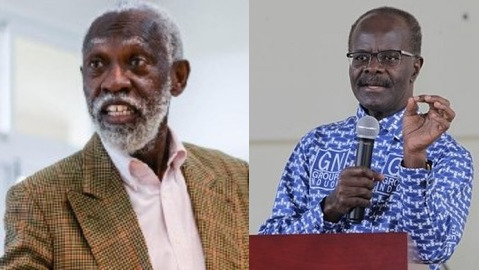 An online portal, myafricatoday.net has published two (2) stories about Dr Paa Kwasi Nduom and Prof Stephen Adei that have turned out to be false.

A running theme in the two stories under scrutiny is Prof Naana Opoku-Agyeman, the recently nominated running mate of John Mahama, the leader of the largest opposition political party in Ghana.

GhanaFact has sent an email to the editors of the portal seeking clarification after contents of the two articles were debunked and will update this fact-check report when they respond.

On July 7, myafricatoday.net published a story claiming the founder of the Progressive People’s Party (PPP), Dr Paa Kwasi Nduom has in a tweet congratulated Prof Naana Opoku-Agyeman for being named running mate and labelled Vice President Mahamudu Bawumia a “talkative.” 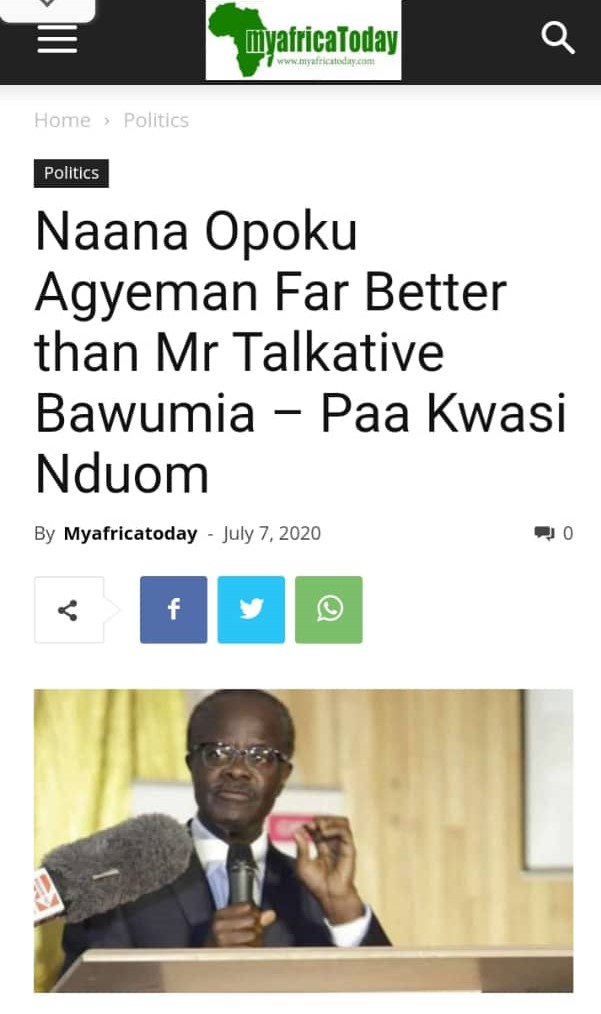 On July 11, the online platform again published a story claiming the Board Chairman of the Ghana Revenue Authority (GRA) Prof Stephen Adei has described Prof Naana Opoku-Agyeman as a great leader and touted her qualities.

According to the article, Prof Stephen Adei made the comments during an interview on Accra based radio station, 3 FM on July 10. 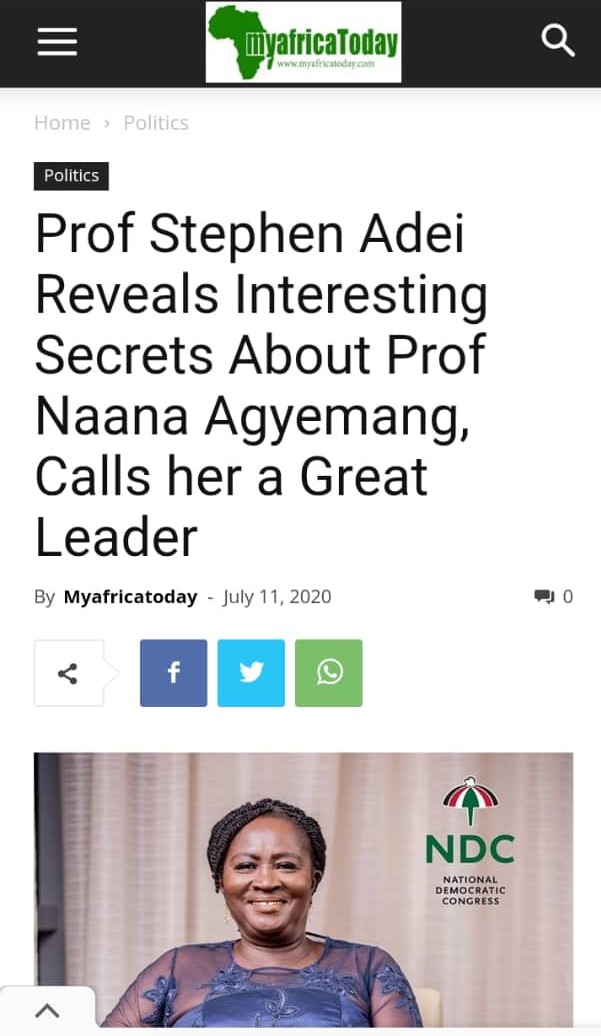 The twitter handle used by myafricatoday.net as the source for their July 7 story is not a verified handle of Dr Paa Kwasi Nduom (a blue tick that shows a handle has been authenticated). 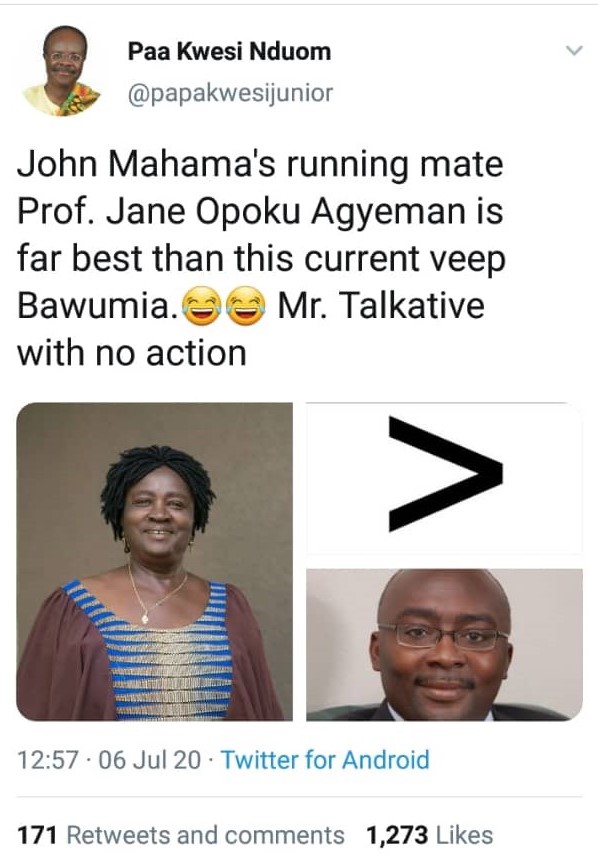 A statement issued by the office of the business mogul and politician has distanced Dr Nduom from messages being churned out from the said twitter handle. 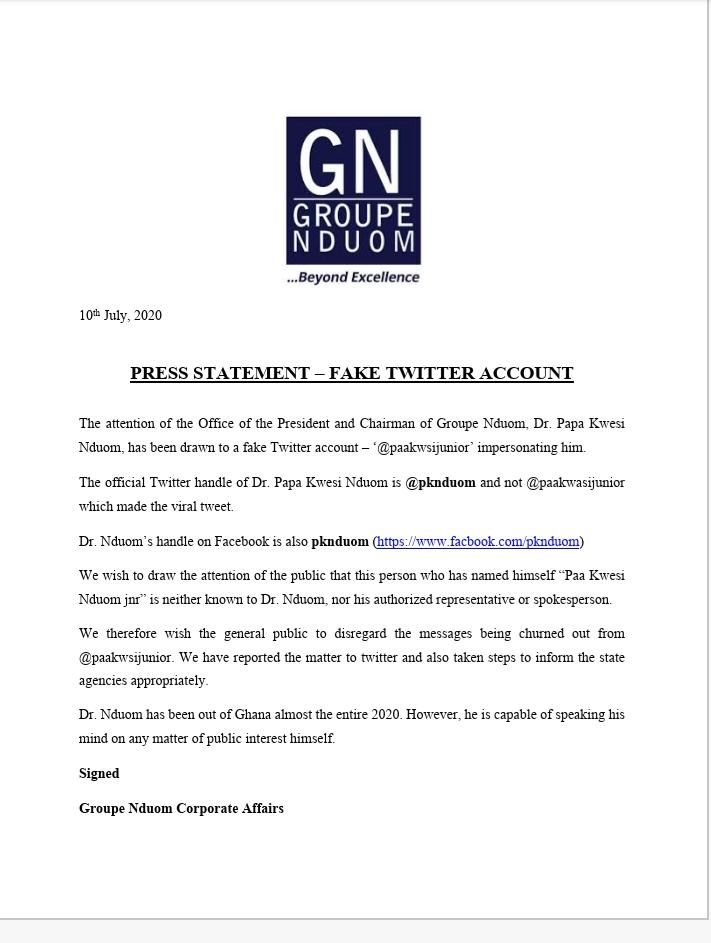 The second story by the platform has also turned out to be a complete fabrication as both Prof Stephen Adei and 3 FM have issued rejoinders refuting the claims made in the story.

You can find the rejoinders by 3 FM and Prof Stephen Adei here and here.