A statement allegedly signed by the Regional Director of Health Services- Central region, Dr Akosua Agyeiwaa Owusu-Sarpong is being shared on social media as proof of this claim. Following GhanaFact checks, we have confirmed the authenticity of the statement and the latest changes in COVID-19 surveillance in the Central region. 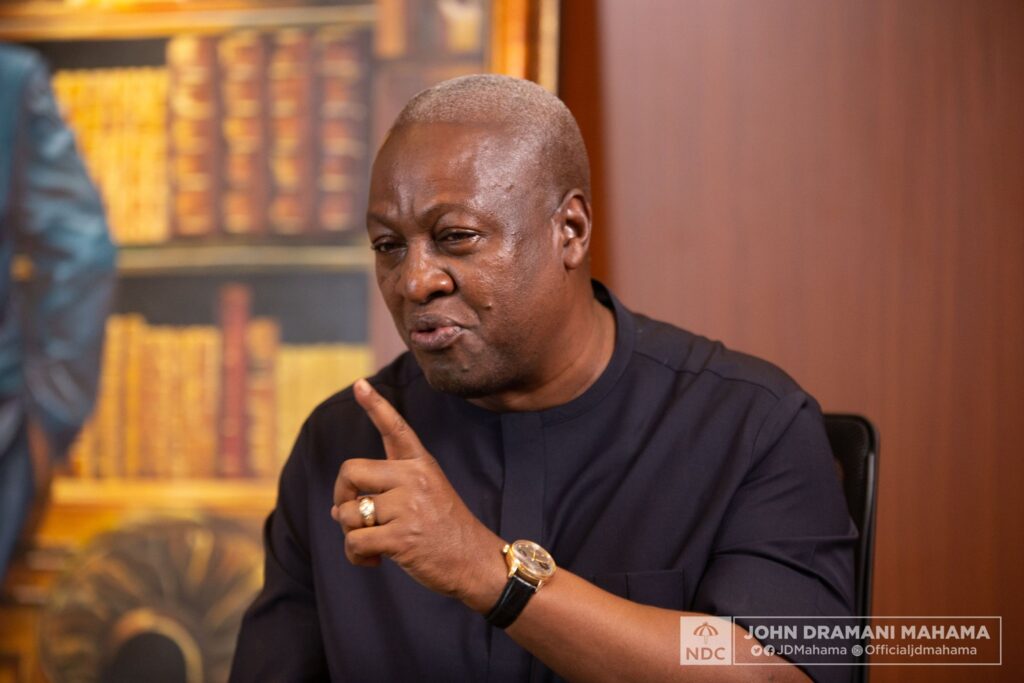 Amid the fight against the coronavirus pandemic, political activity in Ghana leading into the upcoming December elections is bouncing back.

The easing of restrictions imposed earlier to contain the virus by Ghana’s President Nana Akufo-Addo has allowed for the two dominant political parties, National Democratic Congress(NDC) and New Patriotic Party(NPP) to mount various forms of campaigns to win over voters.

Former President John Dramani Mahama in his latest attempt to appeal to the electorates engaged citizens on social media using the hashtag JohnMahamaLive on June 18.

Here is a fact-check of a claim made by the opposition leader that was broadcast on John Dramani Mahama’s Facebook page that has more than 1.2 million followers.

The more than 1-hour long Facebook live engagement saw the NDC Presidential candidate for the upcoming elections read out a speech and later responded to questions from Ghanaians on social media.

Parts of his speech read:

“Unfortunately, a strange directive has popped up issued by the Central Regional Director of Medical Services requesting all districts and facilities in the region to halt mass testing and test only in conditions when a patient comes in with suspected symptoms of the disease.”

A statement allegedly signed by the Regional Director of Health Services- Central region, Dr Akosua Agyeiwaa Owusu-Sarpong is being shared on social media as proof of this claim, GhanaFact checks showed.

The June 16 statement directs all health facilities and districts in the region to “desist from mass testing” of people unless they are authorised by the Director-General of the Ghana Health Service (GHS).

Addressed to metropolitan, municipal and district directors of health services and medical directors and superintendents in the Central region, the Regional Deputy Director of Public Health Dr Kobina Sarpong has confirmed the authenticity of the statement and added it “wasn’t meant for the media.” 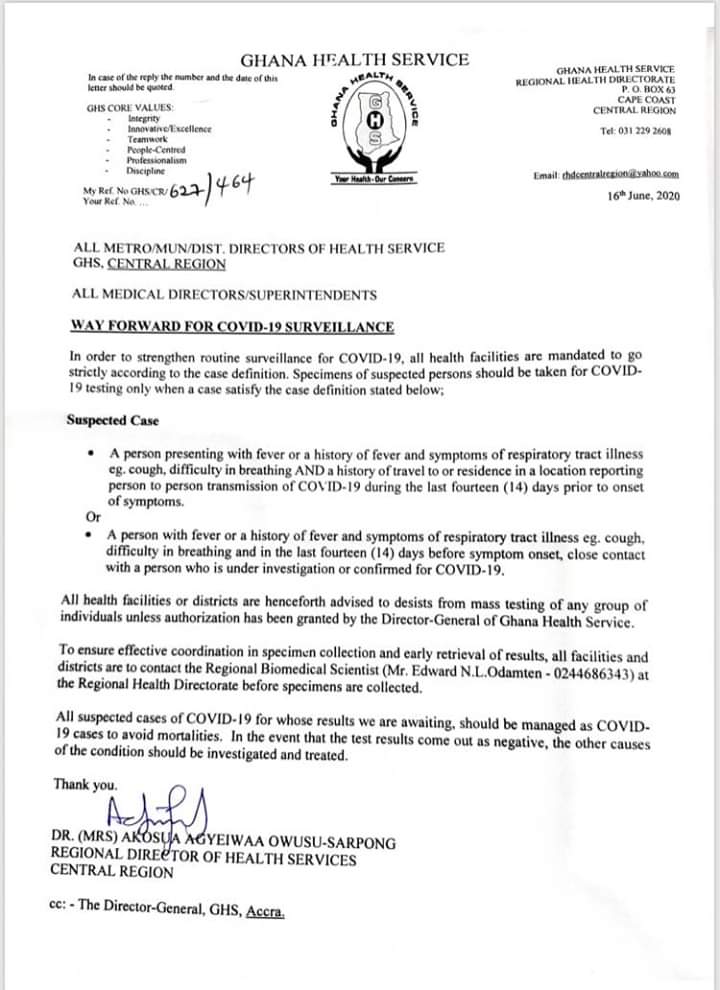 According to the Ghana Registered Nurses and Midwives Association, their members in the Central region have acknowledged the changes in the COVID-19 surveillance being ushered in by the latest statement.

However, the frontline workers are concerned they are being overly exposed in their line of duty by the directive.

The Ghana Medical Association (GMA) has also raised red flags about the new directive, warning that “halting mass testing will not help in successfully containing the virus” and “preventing significant community spread,” the General Secretary of GMA, Dr Justice Yankson said in an interview.

The Central region ranks fourth in terms of the number of confirmed cases recorded across the 16 regions of Ghana.