Fact-check: Does Ghana have 307 ambulances with mobile ventilators? 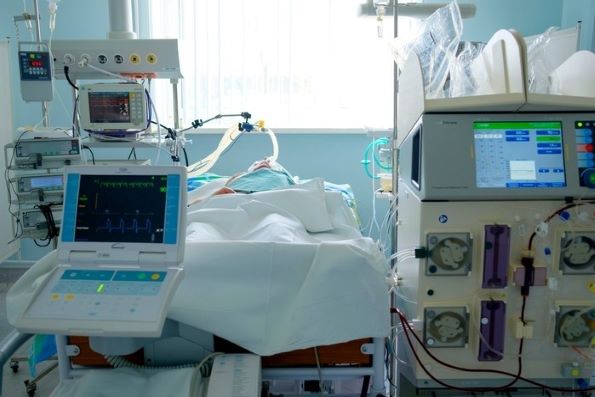 “All the 307 ambulances that were brought into the country have mobile ventilators,” Presidential Advisor on Health, Dr Anthony Nsiah Asare disclosed in an interview on a local radio station, Peace Fm on March 31.

This revelation immediately divided opinion between the host of Ghana’s most listened to morning radio magazine programme “kokrokoo” Kwame Sefa Kayi and a co-panelist Kwesi Pratt, with the former describing it as impressive while the latter sharply disagreed.

Following concerns from Kwasi Pratt about the ratio of ventilators per the population of the country, Dr Anthony Nsiah Asare sort to allay his fears by saying “we’ve done a study and realized Ghana has 100 ventilators in the system. But all the 307 ambulances that were brought into the country have mobile ventilators.”

The discussion has since continued online with a plethora of voices on social media chiming in either in support of one side or the other while others seek for further clarification on the topic.

“All the ambulances have portable ventilators,” Executive Director of the National Ambulance Service Professor Ahmed Nuhu Zakaria confirmed in an interview.

But that is not the whole story.

Mobile/portable ventilators are supposed to be complemented by critical care ventilators and one cannot be spoken of in isolation.

Civil society activist Bright Simon raised a similar concern in a Twitter post and said: “Well, those emergency transport ventilators are NOT critical care ventilators. They CAN’T do non-invasive ventilation or multi-mode visualization.”

Responding to such concerns, Dr Anthony Nsiah Asare said in an interview with GhanaFact that “we are not in normal times. If we don’t have anything at all we deal with what we have. But we are buying ventilators [critical care ventilators]. The ambulances have got ventilators which we can use for the meantime until the patients reach the hospital.”

Upon reaching the hospital, what next?

Mobile ventilators, critical care ventilators plus fully functional Intensive Care Units are what are needed for optimal care when COVID-19 patients are affected by highly infectious respiratory disease caused by the virus.

“If we were to get any COVID case that is critically ill, you will have to immediately intubate the person, connect the person to a ventilator, the only way you can get the person alive to even an Intensive Care Unit is through a portable ventilator which the ambulances have,” Professor Ahmed Nuhu Zakaria said.

So, how many critical care ventilators do we have and how functional are Ghana’s Intensive Care Units?

Ghana has between 75-100 ventilators, according to the Presidential Advisor on Health.

According to the World Health Organization, one in six COVID-19 patients becomes seriously ill and can develop breathing difficulties.

Although the majority of people with COVID-19 have uncomplicated or mild illness (81%), some will develop severe illness requiring oxygen therapy (14%) and approximately 5% will require intensive care unit treatment.

Of those critically ill, most will require mechanical ventilation.

In the US, the Society of Critical Care Medicine has projected that 960,000 coronavirus patients may need to be put on ventilators at one point or another during the pandemic even though the US has only about 200,000 machines.

The UK government believes up to 30,000 ventilators could be needed at the peak of the pandemic while the country’s National Health System is reported to have just 8,175 ventilators.

So, what are Ghana’s projections and how does the country plan to bridge the gap?