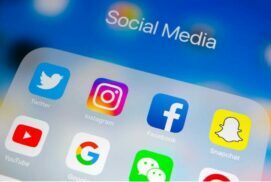 Researched by a GhanaFact staff

According to the police, the fake accounts are mostly created in the names of public institutions, ministers and senior public servants, and used to swindle unsuspecting members of the public.

“The fraudsters are using fake social media accounts of police officers even including the Inspector General of Police (IGP) to dupe unsuspecting people saying that they can be recruited into the police service on a protocol basis,” the Director General of Public Affairs at the Ghana Police Service ACP David Eklu stated in an interview with GhanaFact.

A statement from the Ghana Police Service dated November 7 also revealed some victims have already been duped of amounts ranging between five hundred Ghana cedis to five thousand Ghana cedis.

“…unverified accounts are mostly created in the names of Public Institutions, Ministers, Members of Parliament and other public figures. The accounts are used as platforms to promise jobs, scholarships, contracts and senior high school national service placements…In exchange, victims are lured into making advance cash payments to secure the offers…,”part of the October 27 statement read.

Contributing to a panel discussion on elections and cybersecurity as part of the National Cyber Security Awareness Month-2019 in Ghana, she called on users of social media to report such cases for them to be down-graded or removed for further investigations.

The Director General, Public Affairs of the Ghana Police Service ACP David Eklu says they are collaborating with Facebook to flag these fake accounts and have them taken down.